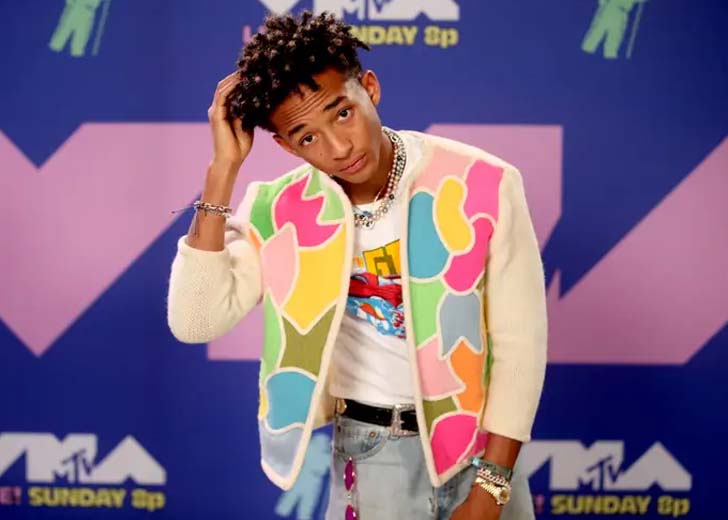 Jaden Smith was born in fame as the son of Academy Award-winning actor Will Smith and his actress wife, Jada Pinkett Smith.

Despite his parents’ fame, Jaden has climbed the ladder of success through his works as a rapper, singer, and actor. He has won multiple awards, such as an MTV Movie Award, and has even been nominated for a Grammy Award and an Empire Award.

His works have always put him in the spotlight, but he was all over social media more recently due to a rumor that mentioned he died in a fatal car accident.

On Wednesday, February 23, 2022, a hoax stating Smith had died in a fatal car accident spread all over social media.

After the rumors started, thousands of fans of the rapper took to their respective social media handles to express their sadness and pour condolences. But on the other hand, many didn’t believe the news and were angry with the rumors being spread.

As Smith’s fanbase was confused about what was true and false, the rapper decided to address the rumor in his style and confirm that he was alive – and not dead as the hoaxes mentioned.

He had taken to his Instagram story to repost a post from @msftslibrary that showed how to breathe in and out, which leads to deep self-exploration “that harnesses the power of your own body to dig deep into consciousness.”

In addition, Smith made a one-word post on Twitter that read, “Invisible.” His social media activity gave relief to his fans and discredited all the rumors about his death.

What illness does Jaden Smith have?

While Smith did clear up his death hoaxes, there have been instances where his fans were really worried about his health.

It all started after news broke out mentioning that Will and Jada Smith had taken Jaden to a Los Angeles-based hospital, citing he had a “severe medical problem.” Additionally, it was reported that the rapper had a nutritional deficiency.

Reports also said that he lacked several vitamins in his body, including Vitamin D, Vitamin B12, and Omega 3. It was noted that his body lacked those essential vitamins due to his shift to a vegan diet.

But, not to worry, as Jaden has already started to work on getting those nutritional inadequacies through the help of professionals. As of now, it could be said that his health condition has improved, and he is doing well.

In September 2019, Jaden sat down with his parents on the Red Table Talk show. During that episode, Will and Jada Smith revealed that they had done an intervention with Jaden’s lifestyle habits after thinking that his health was suffering due to his strict eating habits.

“Will and I had a bit of an intervention with Jaden because he’s a vegan now, but we realized he wasn’t getting enough protein. So he was wasting away. He just looked drained, he was just depleted, he wasn’t getting the nutrients,” said Jada.

Will continued his wife’s statement and said, “He had the dark circles under his eyes, there was even a little greyness to his skin. We got really nervous, but you are definitely looking better now.”

At the time, Jaden mentioned that he was going back and forth between vegetarian and vegan diets. He also admitted that he was eating two or maybe one meal per day. “Maybe just that one big meal, and I’m like, ‘Oh, you know, I didn’t get around to it.'”

When his parents spoke publicly about their intervention, Jaden was initially annoyed. In another episode of the show, he also mentioned that people started to treat him differently.

However, he later realized that his parents were only thinking good for him. On December 22, 2021, the singer again sat down on the show with his mother and grandmother, Adrienne Banfield Norris, where he talked about his gut health.

Jaden was asked if he felt better than the last time he appeared on the show. He confirmed that he was feeling better and said that he was able to work with the doctors and get his vitamins, supplements, and protein shakes which are like half of his diet.

“It’s like a password that I have to find to my body. I’m like, 10 pounds heavier now at this point and I feel like I’m keeping on my weight. I’m able to put on more muscle,” he added.

He then talked about his situation during the 2019 Coachella and said, “That was a long way from where I was when I was at Coachella, where I just was like, bones. I thought I was so tight. I was like, ‘This. I’m swagging on this. Like, I need to take off my shirt right now.'”