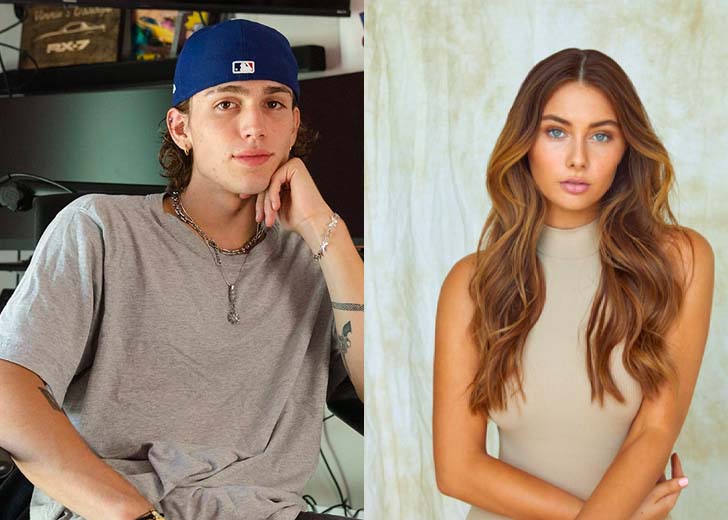 All about Vinnie Hacker’s relationship with Taylor Morland.

TikTok stars Vinnie Hacker and Taylor Morland are rumored to be secretly dating. Early in November, Morland uploaded a TikTok about “Mr. I don’t want a relationship rn,” to @xxtristanxo’s version of ‘Remember.’

After a month, on November 20, Hacker tweeted, “When you told her you’re not down for a relationship but then you find yourself caught. (This hasn’t happened in years),” sparking the dating rumors.

As soon as allegations began to circulate, Morland came forward to refute them and claimed that she and Hacker were not romantically involved. But he didn’t say anything about it at all and has remained silent about the matter.

@vinnie_hacker_br, a gossip page, re-shared Morland’s “Mr. I don’t want a relationship rn,” TikTok on their Instagram account, saying, “a while ago, Vinnie Hacker went on a podcast, where he said he didn’t want any serious relationship.”

Taylor Morland responding back to a post made by a gossip page. (Source: @vinnie_hacker_br/Instagram)

In response, Morland messaged the page directly, claiming that this was nothing to do with Hacker at all, and pleaded to stop connecting the dots that aren’t there.

She further replied, “please delete these. There are people trying to take down my account. Really isn’t cool. Thank you for understanding.”

Moreover, just recently, Morland’s mother started following Hacker. Many fans were perplexed as to why she would do so if there was nothing more going on between the pair.

Nonetheless, Morland’s mother recently swooped in to defend her daughter after a tea page @teatoktalk claimed that her daughter was romantically involved with Hacker.

She stated that her daughter has a boyfriend, but it was not Hacker, and remarked that they “are just friends.”

“Why does this matter to you people? None of you people know my daughter and to be honest we see this stuff and honestly laugh,” Morland’s mom commented.

Furthermore, she noted, “Instead of spreading rumors, making stuff up to get attention, how about volunteering in your local communities to HElP people instead of HURT people.”

Hacker was recently rumored to be linked with Nailea Devora after an insider disclosed, “I have it on good authority that Vinnie Hacker and Nailea Devora are secretly dating,” to Deuxmoi last month.

The reported confirmation comes more than a year after both social media stars denied any romantic speculations by referring to one another as friends.

People started spreading stories about them when they noticed they were close and frequently appeared on content together.

When a paparazzi brought up the subject in April 2021, Hacker responded by saying that Devora was “just a really good friend.”

Months later, Devora discussed the rumors on July 11, 2021, in an episode of Dixie D’Amelio’s Early Late Night Show. She remarked, “I always have seen him a friend. We kind of have the same sense of humor, so it’s always been super friendly.”

Speaking of dating speculations, in July 2022, a purported photo of Hacker and singer Olivia Rodrigo kissing went viral on the internet, leading to further speculation about their relationship.

Before that, Hacker was rumored to be dating a famous American singer, Billie Eilish. The other names connected to him include Lex, Audra Johnson, and Renata Ri. However, none of these relationship rumors have been proven to be accurate.