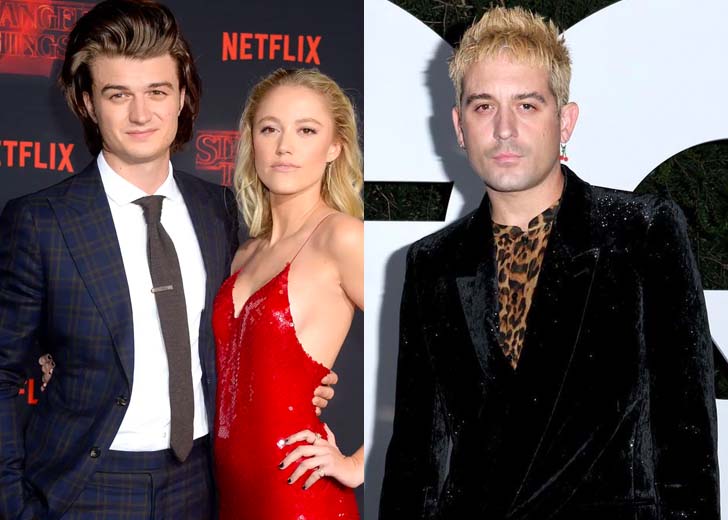 Maika Monroe and G-Eazy were witnessed with their arms around each other and looking cuddly at Barney’s Beanery.

After breaking up with her longtime boyfriend, Joe Kerry, an actor known for his appearance in Netflix’s Stranger Things, Maika Monroe appears to have found a new love.

The actress is rumored to be dating G-Eazy, an American rapper. The two were spotted together multiple times in the past few weeks.

According to a Reddit user, the actress and rapper were captured together with their arms around each other and appeared cuddly while at Barney’s Beanery in West Hollywood.

Another screenshot the user took showed Monroe and G-Eazy dining with friends at Schwartz & Sandy’s. Despite the poor quality of the image, the user swore it was the actress.

However, the pair haven’t confirmed whether a romantic relationship is forming between them.

The Watcher actress was previously rumored to be dating her fellow cast member Karl Glusman. Many had doubts about their on-screen relationship and believed there could be something between the two.

After an insider “officially” revealed that the Independence Day: Resurgence actress had separated from Stranger Things actor Keery, a witness said she spotted Monroe making out with Glusman to Deuxmoi.

“I saw Maika making out with her co-star from the Watcher at Lily’s Bar a couple of weeks ago. Karl Glusman, Zoe Kravitz ex husband,” the insider stated.

Ashley Benson and G-Eazy went from zero to hundred, beginning as musical collaborators and ending as lovers.

After Us Weekly reported in May 2020 that he had broken up with Cara Delevingne, the Pretty Little Liars alum was seen socializing with the rapper.

After almost two years of dating, Benson and Delevingne called it quits. The same month, the Spring Breakers actress was linked to G-Eazy.

The two were spotted together in Los Angeles the same day, sparking dating rumors after previously collaborating in April to record a cover of Radiohead’s ‘Creep.’

The couple stoked dating speculations even more, when they were captured kissing in a video published by the Daily Mail over a month after their cooperation.

A source told Us Weekly that the two were “hanging out and seeing each other, but it’s not serious” amid dating rumors.

Us Weekly revealed in February 2021 that they had broken up after months of what seemed to be a happy relationship. A source said that “things took a hard turn for the worse.”

When they were seen together in L.A. after the 2021 Christmas season, Benson and G-Eazy stirred up reconciliation rumors later the same year. In January 2022, the outlet announced that they had rekindled their relationship.

How To Style A Henley Shirt In Different Seasons