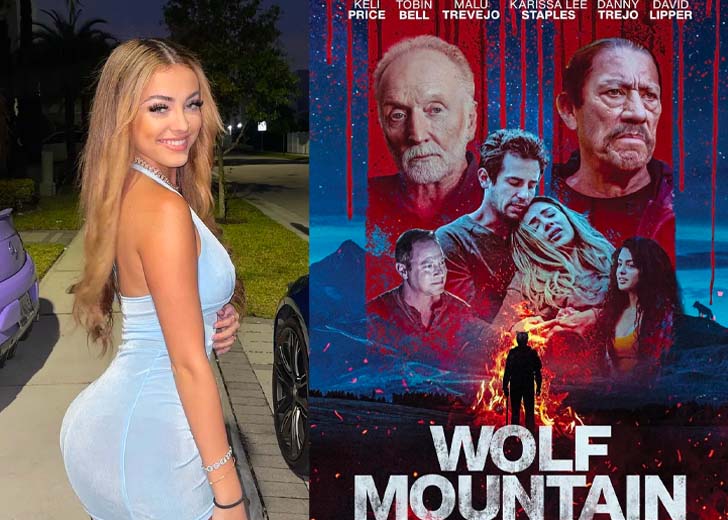 Malu Trevejo is making her acting debut with a horror film, Wolf Mountain.

It seems like Malu Trevejo is diverting her career path a little bit and is now going to make her acting debut in the film Wolf Mountain.

The Cuban singer and influencer rose to fame with the Musical.ly app. There, she used to lip-sync to songs and dance to them.

Slowly, she gained a lot of followers and became a verified user. At the young age of 14, she was signed to Universal Music Latin and In-Tu Linea.

Then, in September 2017, she released her first song ‘Luna Llena.’ Since then, she has released one EP, Una Vez Mas, and 17 singles.

In recent days, Trevejo has been making headlines because of various things. For instance, her beef with Bhad Bhabie is pretty well known.

Similarly, there was a huge fiasco related to her almost being signed to Travis Scott’s record label.

On June 25, 2022, Trevejo made headlines once again. But this time, it was news about her acting debut in the upcoming film Wolf Mountain.

On June 25, 2022, the singer took to Instagram to announce that she would soon be making her acting debut. She uploaded a poster of her upcoming film Wolf Mountain and, via captions, wrote, “This year coming out 😩🔥.”

Trevejo’s name and picture were also included in the poster. So, it seems like she will have a significant role to play in the film.

Fans are nothing but happy for Trevejo. They are excited for her and showered her with “Congratulations” in the comment section of her announcement.

This is not the first time Trevejo has received an acting credit for. In 2020, she was a part of a TV Series called No Bra.

She was in the episode, ‘That Isn’t NO BRA CHALLENGE, This Is Natural State Of Life.’ Similarly, she was in Bella Thorne’s ‘Shake It’ music video in 2021 and her own music video for ‘Swipe Dat’ in 2018.

The same year, she was also in the music video for her and Gente De Zona with ‘Nadie Como yo’ and her collaboration with HRVY, ‘Hasta Luego.’

About the film ‘Wolf Mountain’

According to the film’s IMDb page, it is in the horror genre. It is directed by David Lipper and written by Keli Price.

The movie revolves around a guy named Aj, whose parents were murdered 20 years ago. Now, he begins having dreams about his parents’ murder.

As a result, he decides to go to the spot of his parents’ death with his brother and his family. Unfortunately, something mysterious is going on with the site where Aj’s parents died.

The movie is produced by Price Productions II, Northern Productions, C-Meta Labs, Latigo Films, Mega Life Productions, and Stardust Pictures. The movie’s release date has not been announced yet, but according to Trevejo, it will be released in 2022.

Are Noah Beck And Nailea Devora Dating? Behind Dixie D’Amelio Break Up