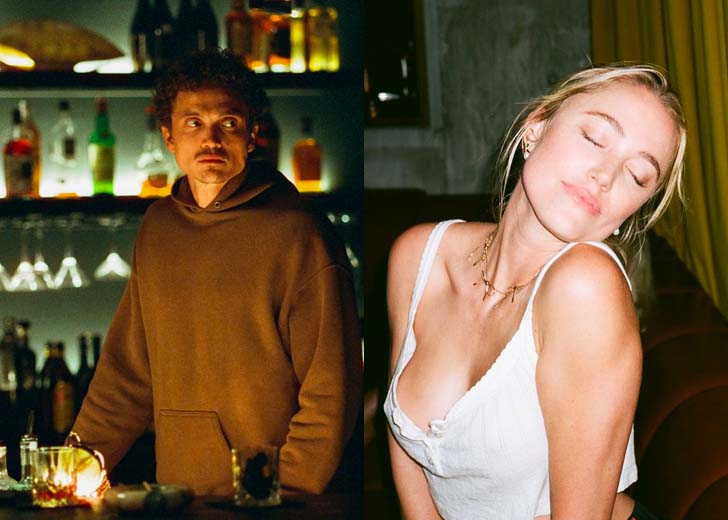 After the two appeared as a couple in the film Watcher, relationship allegations between The Guest actor Maika Monroe and Love actor Karl Glusman have hit the web.

Watcher is a 2022 psychological thriller film written and directed by Chloe Okuno. Monroe portrayed the role of Julia, the wife of Francis, who Glusman played. The story revolves around the couple who relocated to Bucharest for Francis’ new job.

The on-screen romance aroused many people’s suspicions, and the viewers thought there might be something going on between the two.

Maika Monroe with Karl Glusman at Q&A of the movie Watcher. (Source: Twitter)

The actress is also said to have broken up with her boyfriend of about five years, Joe Kerry, which makes it even more plausible that she might have moved on with Glusman.

Monroe and Glusman, however, have yet to verify whether anything is developing between the two behind the scenes.

Monroe and Keery first met in their 2017 movie After Everything set. Although the two don’t publicly discuss their relationship on social media, they have appeared together on stage at award shows and other occasions throughout the years.

The same year, they worked together on the movie. A few months after, they actually made their red carpet debut during the premiere of Season 2 of Stranger Things, even though Monroe did not star alongside Kerry.

However, after dating for over four years, the actors seem to have fallen out of love. Many fans assumed that the couple split up after Keery’s song ‘Go For It,’ from the Decide album was out. The track described a relationship that was about to end.

“One week and four years, you know my ways, I know your fears / But then there’s a misunderstanding, but what will it take to hear me out?” Since Monroe and Kerry have been together for four years, many of his admirers believe the lyrics were about her.

Aside from that, the Watcher actress, who typically attended Stranger Things season premieres, was conspicuously absent from the season 4 red carpet premiere in May 2022. The last red carpet the two of them attended together was for Vanity Fair’s Oscar afterparty in March 2022.

According to Deuxmoi, Kerry was not present at Monroe’s birthday party, and she was also not present at Lollapalooza. This makes the assumption that the pair may have split up.

The Stranger Things actor was not donning the jewelry his girlfriend got him, either. The necklace was found when they were traveling, but it had broken. Monroe later had it repaired for him for Christmas.

On Instagram, it was also discovered that Kerry’s pals had stopped following the actress after searching for the couple there.

However, Kerry did use the term “girlfriend” in response to an astrology-related question in a 2022 interview with W Magazine that was released on September 12.

“I have a lot of Gemini people in my life—my best friend, my niece, my girlfriend, my uncle, like, three of my friends from Chicago,” the musician told the magazine. The actress was born on May 29, 1993, making her a Gemini.