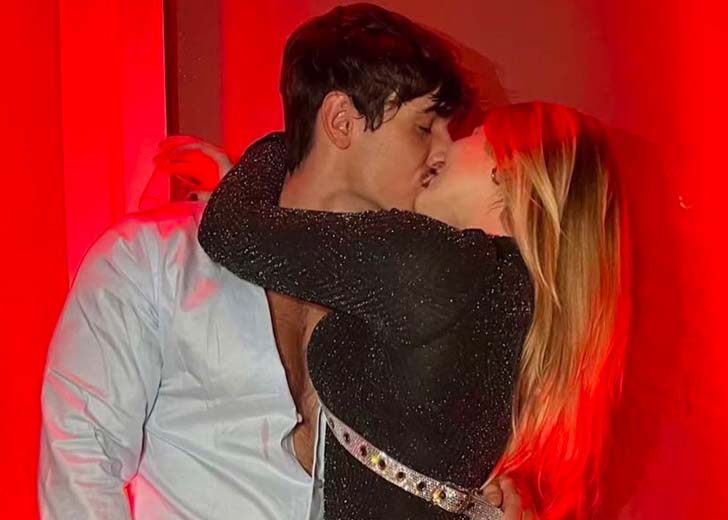 Bryce Hall has moved on with a new girlfriend, Lindsay Capuano.

Bryce Hall, an American social media personality and TikTok content creator, is no longer single. A few days back, he posted several images with Lindsay Capuano, a model.

The TikToker has revealed to his fans that he is no longer in the market by posting multiple images with his alleged new girlfriend, Capuano, on his Snapchat.

Many tea pages also re-shared the pictures on their respective social media accounts, telling the world that he is now dating a model.

Many fans believed that this relationship was just for clout — as a fan commented, “Y’all are oblivious if you don’t know that this is for clout.”

“lmao, y’all better leave bryce alone, it’s his life, he will do whatever he wants, get your own life and stop get into someone else’s life when u don’t even know bryce hall in real life lol,” the following comment read.

Hall dated one of the most famous TikTok content creators and social media personalities, Addison Rae, in 2020 for about a year.

In November 2019, fan theories began to hold weight when the two began collaborating on TikTok videos. Despite the hilarity in their videos, the duo seemed to be getting closer and were spotted lip-syncing to TikTok songs about relationships, teasing their followers about a potential romance.

After months of rumors, in January 2020, Hall’s Instagram posts of “new years kisses” with several of his male friends and Rae seemed to confirm that something was happening between the two. The last photo was him kissing Rae.

However, later that month, Hall clarified that he and Rae are not dating, apparently putting an end to the suspicions that their flirtatious TikToks had stoked. This caused some confusion.

Later that month, the TikTok star clarified that he and Rae were not dating, apparently putting an end to the suspicions that their flirtatious TikToks had stoked.

The duo had been reuniting for months when he confessed on the Mom’s Basement podcast that they were “testing the waters.”

In September 2020, Rae confirmed her break up with Hall, only to get back a month later when the pair posted pictures of them working out together and admitted they were in a committed relationship.

While things were sailing smoothly between the pair, in March 2021, Rae revealed that the two had broken up in a March 25 paparazzi interview with Shooting Stars TV.

Did Bryce Hall and Riley Hubatka date in the past?

In July 2021, when a video of Hall kissing a mystery woman in a club surfaced, there were initial rumors that Riley Hubatka and Hall were dating.

In a TikTok video at the time, the couple promptly addressed the rumors, with Bryce saying, “she’s like my sister!” and “Get his name out of my comments immediately,” Hubatka joked.

However, in the months that followed, viewers continued to think the two were involved because of multiple instances in the TikToker’s YouTube vlogs, including one in which they even shared a kiss.

Hubatka has since clarified her viewpoint and insisted that she and Hall were never romantically involved during an interview on the BFFs podcast.

“That was never a confirmed relationship,” she claimed.

Are Noah Beck And Nailea Devora Dating? Behind Dixie D’Amelio Break Up