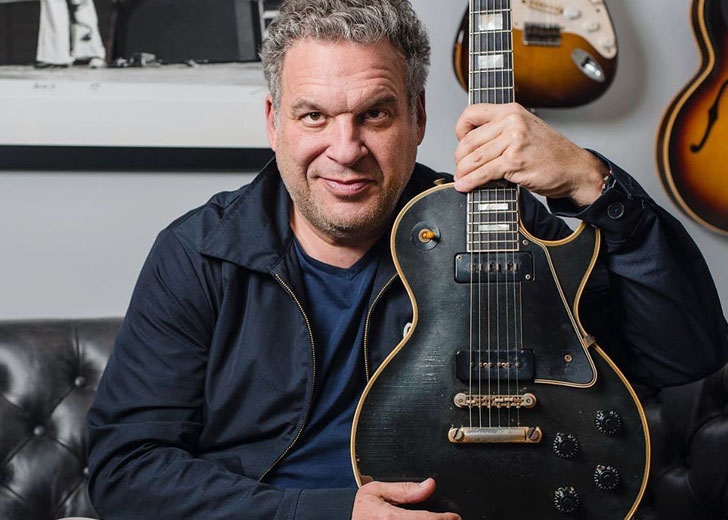 Know the truth to the fan queries about Jeff Garlin’s mouth!

Jeff Garlin, whose birth name is Jeffrey Garlin, is one of the renowned faces of the entertainment industry who has managed to win the hearts of millions across the world.

He initially gained fame as a stand-up comedian and then for amazingly portraying the role of Murray Goldberg and Jeff Greene in the ABC sitcom The Goldbergs and the HBO show Curb Your Enthusiasm, respectively.

As he is one of the most noticeable faces of the entertainment industry, it’s evident that people will notice any new changes in him, either in his body shape or a small detail such as “a cold sore on the side up of his lip/mouth.”

And it’s the latter one that had bothered the well-wishers of the American comedian as well as the curious viewers of Curb Your Enthusiasm who were watching the 10th season of the show.

What happened to Jeff Garlin’s mouth?

When the 10th season of Curb Your Enthusiasm aired on HBO, fans of the show noticed that there was a slight difference in Garlin’s mouth.

Addressing that in a Facebook fan group, one fan wrote, “Is it just me, or did it look like Jeff Garlin had a cold sore on the side up his lip for the whole 10th season of Curb?! I thought it wouldn’t bother me, but there it was…..every episode!!!!! If it was always there before this season, I never noticed it, or just maybe whatever it was, it got worse and was more noticeable.”

Similarly, another fan asked, “Has anyone else noticed the big lump in Jeff Garlins mouth(right side) does anyone know what it is, and if he’s okay?!” in a subreddit dedicated to the HBO show.

In that thread, several viewers of the show chimed in to pour their opinions. One user wrote, “I’ve heard after he had a stroke he got some prosthesis or filler put in his mouth and face to stop his cheek from drooping due to paralysis.”

Another user came in with some background and said, “I was trying to find some background on it also as I noticed it as well. He had a stroke like in his 30’s, if I remember correctly… so that’s like 25 years ago or something… and the previous seasons, he’s never shown that growth on the lower right side of his lip. It’s like he bit it really hard or got punched or something.”

In the end, one Reddit user who claimed themselves to be a dentist mentioned that it was an oral mucocele — a condition caused by two related phenomena – mucus extravasation phenomenon and mucous retention cyst.

Jeff Garlin had an oral surgery

After seeing the slight difference in Garlin’s mouth, numerous fans of the actor were worried and asked if he was well or not. So, what exactly had happened?

It seems like the Reddit user who said they were a dentist was right. Around four months before this whole conversation erupted, in November 2019, Garlin had done an exclusive interview with GQ Magazine.

At that time, the comedian was doing press for his Netflix special comedy show Our Man in Chicago. During that special, he was seen donning a suit, which Garlin said was influenced by a fellow stand-up comedian Jerry Seinfeld.

Right after that, the interviewer from GQ Magazine asked Garlin about the beard he had in the special. In reply, he first said that he was 57 years of age at that time, and in his lifetime, he had never grown a beard before.

Right after that, he mentioned that he recently had an oral surgery due to which he wasn’t able to shave. And when he got past that itchy phase, he said to himself, “[expletive] it! Let me see.” When he saw that, he liked it and kept it.

After mentioning that, he went on to talk more about the Netflix special. That seems to be it then – Garlin had a mouth surgery that resulted in small change around his lips/mouth.