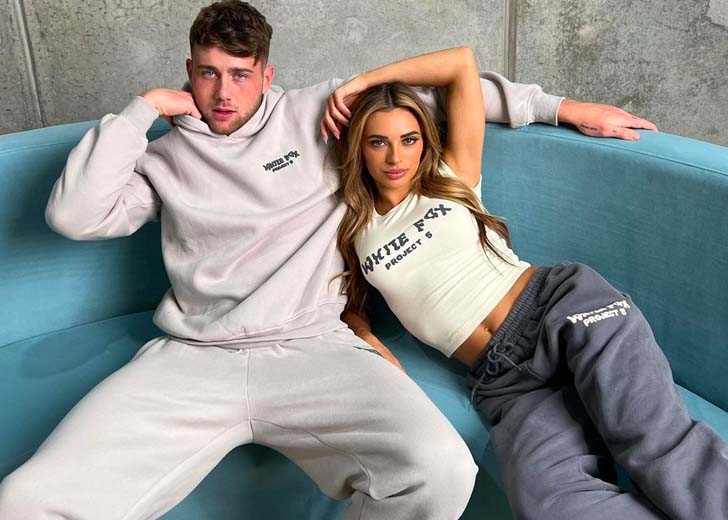 After reports of a brief reconciliation between Harry Jowsey and Georgia Hassarati surfaced, the pair reportedly split up once more.

Following reports that Harry Jowsey and Georgia Hassarati had reconciled following their brief breakup, the couple apparently broke up again.

Jowsey had announced on social media that they had only recently split up, but they had gotten back together. Now they are again apart after new allegations about Hassarati surfaced online.

On November 8, the tea page Deuxmoi disclosed that the Too Hot to Handle participants had split up and reasoned that Hassarati had been cheating on Jowsey with Michael Ray Nguyen-Stevenson, aka Tyga. However, no details were provided.

Jowsey and Hassarati both participated in previous seasons of the Netflix reality series Too Hot To Handle, which aired in 2020 and 2022, respectively.

Harry Jowsey and Georgia Hassarati on and off relationship

Hassarati met Jowsey after leaving the mansion and without a predetermined companion. In April 2022, months after season three of Too Hot to Handle’s streaming service debut, the two Australians started dating.

Since then, both have routinely updated their combined over 5 million followers on their relationship. The Too Hot To Handle pair, announced their breakup after five months of dating, only to reunite days later and break up again. This time their separation might be permanent.

According to Goss.ie, Jowsey revealed his breakup with Hassarati via an Instagram story on September 22.

“Because we have publicly shared our relationship with you all, we want you to hear it from us first,” he wrote to his 4.3 million followers and claimed that he had made the decision to separate from her.

Jowsey also described that she will always have my support, and I wish her nothing but happiness and health in whatever she decides to accomplish.

Less than a week after disclosing their breakup, the pair rekindled their romance. On September 28, both reality stars uploaded a video to their TikTok accounts. The two Australians sought to engage fans in a lighthearted way after reigniting their romance.

Hassarati stated in her video, “When captain dramatic wants to declare we’re broken up after one fight.” She sat next to him and gave him a tight hug in the video. After their dispute, she made fun of him for acting in a ‘dramatic’ manner.

Fans assert that the couple is no longer together due to fresh cheating allegations that have appeared online. A fan of Deuxmoi revealed that the couple, who had recently rekindled their romance, had now split up once more.

The couple has not yet revealed whether or not they’ve actually broken up. Nonetheless, the pictures of the couple from White Fox’s Project 5 campaign are still visible on their respective Instagram account.

Posted on November 3, 2022November 3, 2022
Selena Gomez has begun work on her next album and is preparing to release her first single quickly.
Read More