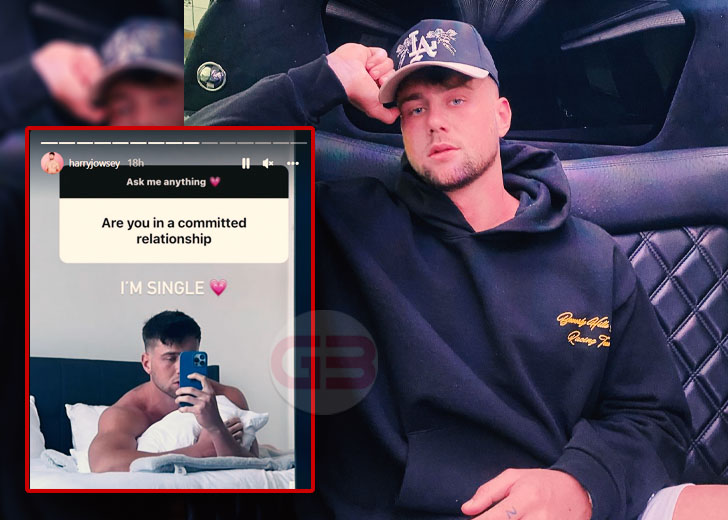 Harry Jowsey and Charly Jordan were recently seen kissing each other during a Super Bowl party.

In addition, the two had celebrated this year’s Valentine’s Day together, handed out flowers to each other, attended New York Fashion Week, and posted several pictures and clips from their outings.

Seeing all of that, fans of the actor/YouTuber and musician/TikTok star were wondering if they were dating and had their hopes up. Well, sorry to those, as it doesn’t seem they are officially a boyfriend and girlfriend duo, yet!

Harry Jowsey says he is single

Jowsey had recently conducted a Q&A session on Monday, February 21, 2022, via his Instagram handle.

In reply to that, the YouTuber posted a mirror selfie of him in his bed. Over that picture, he had written, “I’m single,” followed by a heart emoji. His response meant that he wasn’t in a relationship with Jordan.

After he shared his response, the Instagram handle of tiktokinsiders posted a screenshot of that story with a caption that read, “#harryjowsey confirms that he is single.”

Moments after the post was made, Jowsey took to the comment section of the post to clear everything up. He mentioned that everyone on the post’s comment section needs to relax as he and Jordan haven’t put a label on their relationship yet.

His words read, “Everyone needs to relax; we haven’t put a label on it yet, you pelicans.”

Harry Jowsey and Charly Jordan are yet to put a label on their relationship (Photo: Instagram / tiktokinsiders)

These words were followed up with a laughing emoji.

A couple of days ago, Jordan was caught by an interviewer/paparazzi during one of her outings with a friend.

The interviewer first congratulated her by saying, “Charlie, congratulations on your new relationship with Harry. You guys look very happy.” The TikTok star laughed as she said, “Thanks, we are just hanging out but yes.”

The interview then said, “Okay, I mean you guys broke the internet. Everyone is talking about you guys. So like, I don’t know. I thought you guys are together,” to which Jordan replied by saying, “No, no, we literally been hanging out every day, he is the best.”

Going by the statements by Jowsey and Jordan, it seems like they are yet to date each other officially. And only time will tell when they will do that.