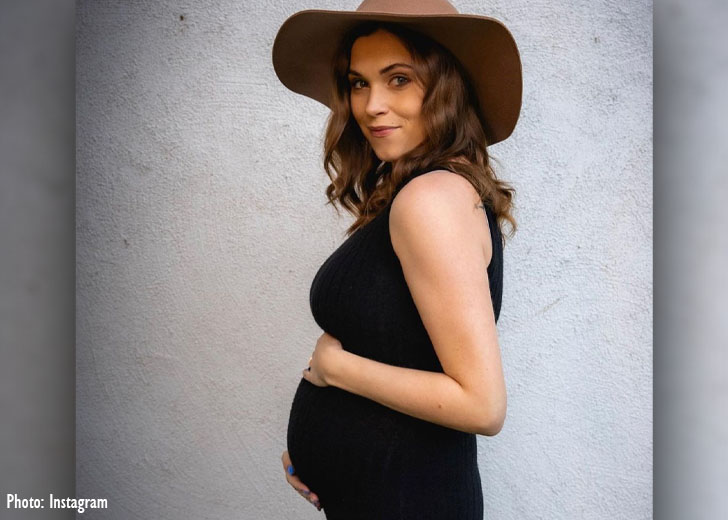 Congratulations to Eliza Taylor and her longtime husband, Bob Morley!

The 100 co-stars are expecting their first baby, as revealed on Monday, February 7, 2022. The to-be-parents took to their respective Instagram handles to announce the good news – in their unique way.

The married couple posted the same picture on their Instagram handles but with slightly different captions. Taylor and Morley shared a photo of their feet as they wore red-and-black checkered slippers.

The actress’ slippers read “Mama Bear,” whereas her actor husband’s slippers read “Papa Bear.” Next to their slippers was a small white slipper that read “Baby Bear.”

On her pregnancy announcement post, Taylor wrote the caption, “Our journey to pregnancy was not always smooth sailing but we are elated to announce our little bundle is officially on the way.”

Similarly, captioning his post, Morley wrote that he is gearing up for the greatest role ever in his life — fatherhood. “Big little shoes to fill and we cannot wait!” he further added.

“WE ARE SO HAPPY OMG CONGRATULATIONS YOU DESERVE IT BOTH,” wrote one fan account of The CW show, The 100.

Furthermore, a friend of the couple commented, “Omg honey. SO happy for you! I know this was something you have always wanted and you are so amazing with kiddos. Have witnessed it myself. Adore you and miss you @elizajaneface congratulations!”

Over a week later, on Wednesday, February 16, 2022, the Australian actress took to her Instagram handle to share a short clip from her baby shower event. Close friends and family attended the special program, which seems to be held outside – perhaps in a park.

“What a day, what a day! A big thank you to our lovely friends who came from far and wide to make our baby shower so special!” she captioned her post.

Additionally, on Thursday, February 24, Taylor posted pictures of her baby bump for the first time. In the photo, she wore a black bodycon maternity dress and a brown hat while showing her baby bump.

Going by all that, it seems like the soon-to-be parents of one are very excited to welcome their little bundle of joy. We wish the couple nothing but the best in their lives and parenthood.

In her pregnancy announcement post’s caption, Taylor had mentioned that their journey to pregnancy was not “always smooth sailing.” By that, the actress might be referring to the miscarriage she suffered three years ago.

In 2019, the actress and her husband were about to expect their first child together — shortly after their marriage on May 5, 2019. As per Australia’s Who magazine, the duo talked about the miscarriage at the UnityDays2020 convention in Vancouver in January 2020.

They revealed that the miscarriage happened during the filming of the final season of The 100. Due to that, she couldn’t direct one episode of the last season as promised earlier.

Morley then continued by saying, “It was really important for us to speak out about this because we didn’t want anyone else going through this to feel ashamed.”

“It’s a really difficult thing to go through, and you feel overwhelmed with shame and grief, but I’m just so proud of Eliza and everything she’s done and for speaking out about this today,” he added.

He also talked about the tattoo on his hand of a father penguin and his chick, which is a tribute to the loss he and Taylor suffered. He had even posted a picture of the tattoo via Instagram with a caption that read:

“I got this tattoo at a turning point in my life, things don’t always work out as planned, but the lessons learnt have made me a better human.”