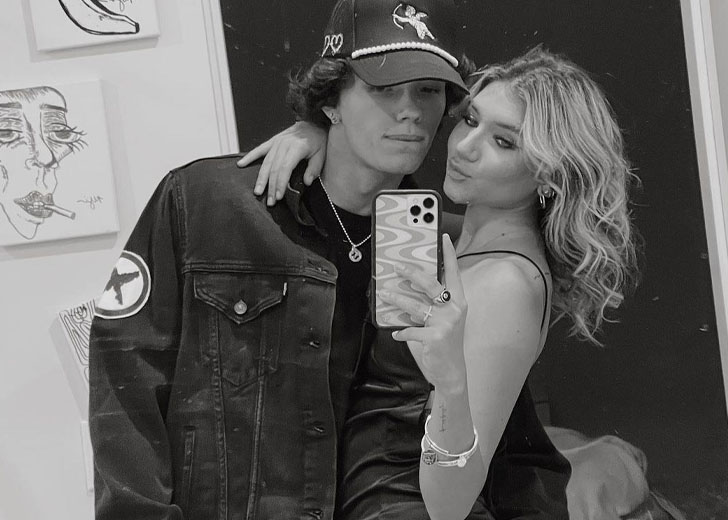 The alleged breakup between social media stars Mads Lewis and Christian Plourde has been finally confirmed.

Even though the breakup was evident, none of them had addressed the topic publicly and spoke about the split.

However, during a recent outing, Plourde openly stated that he had broken up from his ex-girlfriend Lewis, saying, “Yeah, I’m single! 100 percent.”

“I know everybody is tryna put that out as question. But yeah, I’m single!”

On the other hand, Lewis is yet to make any comments on her former boyfriend’s recent remarks or anything related to the breakup.

But netizens were quick to write down their thoughts on social media responding to Plourde’s recent statement.

“he’s saying this like he’s proud he’s embarrassing if I was mads I wouldn’t even consider him as an ex,” a fan of Lewis commented on @tiktokinsiders’ Instagram post.

Another wrote on the same post, stating, “oh so now him and mads aren’t a thing anymore he wanna hang w Jaden. This whole group is weird and it’s giving very much fake.”

In case you didn’t know, the last fan noted that because Plourde said all those things while attending Jaden Hossler’s party; and apparently, Hossler is Lewis’ ex and Plourde was insecure about him while being in a relationship with Lewis.

Someone similarly wrote in favor of Lewis on @tiktokroomtm’s post, saying, “Good for her she been glowing and flourishing without people.”

“honestly, mads seems happier now. she needs to focus on her self and just enjoy her own company. she deserves all the loves,” another pointed.

Lewis and Plourde’s breakup rumors reportedly began when both removed each other’s pictures from their social media earlier in February 2022.

Firstly, fans thought their accounts were hacked, but later when they noticed that the couple had also unfollowed each other, it became evident they had called it off.

Everything You Need to Know About 'Deep Water' Star Devyn A. Tyler