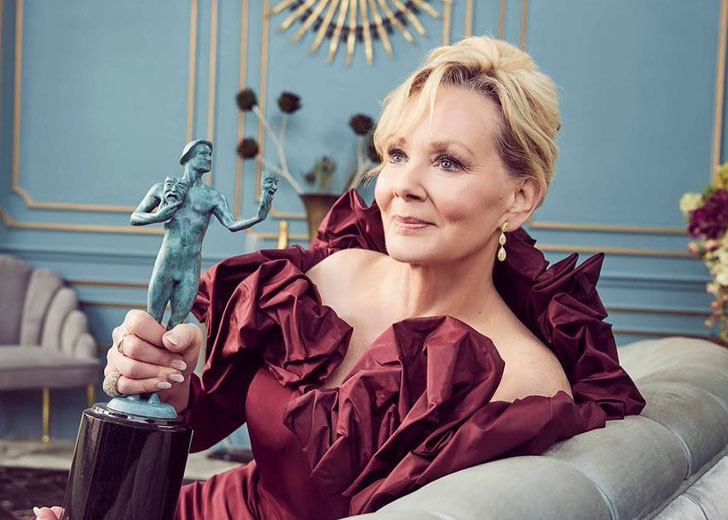 Jean Smart is a proud and single mother to two kids, who she shares with her late husband, actor Richard Gilliland. She has 13-year-old Forrest and 31-year-old son Connor.

But the experience of motherhood after her husband’s death — died in March 2021 at age 71 — has not been a walk in the park for the actress.

After winning a Screen Actors Guild Award for her leading role in Hacks, the 70-year-old star got candid with the reporters in the press room and spoke about adjusting to her role as a single mother.

“Well, certainly losing my husband was very unexpected, not something that I thought would happen for at least another 20 years. And having a young child, it’s been unimaginable,” she said.

However, Smart claimed that starring in different projects has been comforting following the death of her husband, Gilliland.

“Being a single mother is the hardest thing I’ve ever done. But we were both actors and, you know, the work has brought me great satisfaction and a great distraction certainly from my grief,” she added.

She continued to share that she worked with some of the most loving and wonderful people in Hacks, and those people always supported, loved, and helped her get through the saddening phase.

After saying that, she also stated that the year 2021 had “incredible highs and incredible lows” for her; hence, she tried not to overanalyze it too much.

Moreover, Smart attended the SAG Awards with her teenager by her side. During the ceremony, she gave both of her children a shout-out while accepting her award for outstanding female actor in a comedy series.

“This has been such a joy, this late in the game it’s such a treat,” the veteran star said. “To my two children, Forest and Connor, you are my life and please everybody, let’s pray for peace thank you.”

In addition to her Hacks win, the actress was nominated for outstanding performance by a female actor in a television movie or limited series for her work in Mare of Easttown.

Smart and her late husband Gilliland were married for 34 years. He died unexpectedly on March 18, 2021, of a heart condition at the age of 71.

She was in the middle of filming Hacks when he died.

Prior to his death, the couple was even slated to work together again this summer in a film directed by Tate Taylor.