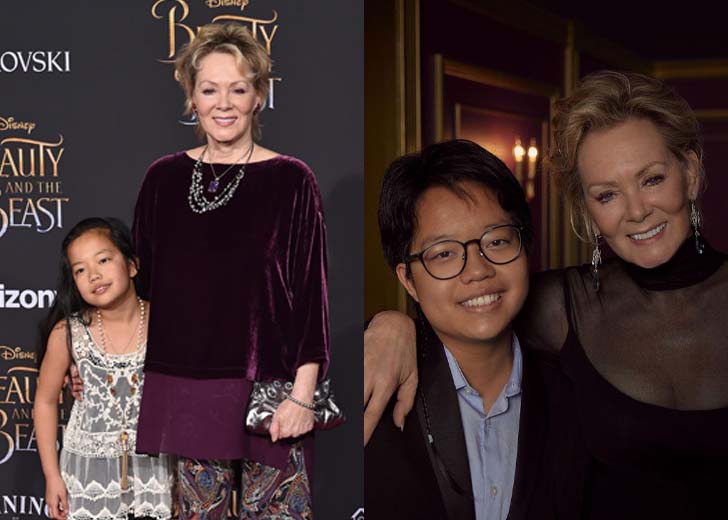 2021 was an adjusting year for Jean Smart, especially after the tragic death of her longtime husband, Richard Gilliland, back in March 2021.

At the time of her husband’s death, the Hacks actress was at the sets of the television show Hacks playing Deborah Vance, a role for which she went on to win a Primetime Emmy Award and SAG Award.

Following her partner’s death, she had to adjust her life to being an actress and a widowed mother of two children that she shared with her late husband.

Who Are Jean Smart’s Children?

Smart and her late husband shared two children in their 33 years long marital relationship. Their eldest child is Connor Douglas Gilliland, born two years after Smart and Gilliland tied the knots, in 1989.

Presently, there is not much information available about him, as Smart and her late partner kept their eldest child away from the spotlight.

Additionally, Connor is also not available on any social media handles, keeping his life away from the media.

Smart’s second child is also a son named Forrest Kathleen Gilliland, who is formerly known as Bonnie Kathleen Gilliland. He was adopted by the actress and her husband as a girl from China in 2009 when he was only ten months old.

As per The Sun, Smart and Gilliland had made plans to adopt a child from China way back in 2004; however, the adoption process took more time than expected.

“When we finally started the process, it actually took a lot longer than we expected. We thought my son [Connor] was going to be about 15 when we got the baby and he’s just turned 20,” The Sun reported.

Despite the delay of five years, it didn’t anywhere bother the actress. “We wouldn’t have gotten the same baby if we had gotten a baby right away,” Smart told during an interview with Today.

Though adopted, the three existing family members treated Forrest as their own. During her appearance on The Bonnie Hunt Show, she explained that her now late husband and their eldest child had traveled to China to collect him.

The Mare of Easttown actress also described Forrest as “the smartest, funniest, most darling gift” who sleeps all night. “My son is smitten with her, my husband is absolutely besotted with her,” Smith further added.

During Smart’s acceptance speech at the Emmy Awards, she went on to mention that her kids are very courageous.

At first, she called them her two wonderful and unselfish children “who are both very courageous in their own right.”

As she went on, she also thanked her late husband. She said, “Before I say anything, I have to acknowledge my late husband, who passed away six months ago yesterday, and I would not be here without him.”

She continued: “Without him putting his career on the back burner so that I could take advantage of all the wonderful opportunities I’ve had.”

Before Smart received the Emmy Award, her youngest son had accompanied her during the show’s red carpet event, where reporter Karamo Brown interviewed the actress.

Brown also had a little chat with Forrest and asked him how proud he is of his mother that she is nominated [for the Emmy]. In reply, he stated, “I’m very proud of her. She really deserved it. She worked really hard for everything.”

Speaking of her Emmy win, as per the actress, Forrest was ecstatic to see his mother win it. As Smart told Entertainment Tonight, “I was thrilled to share it with my youngest, and he’s ecstatic! So that was really special.”