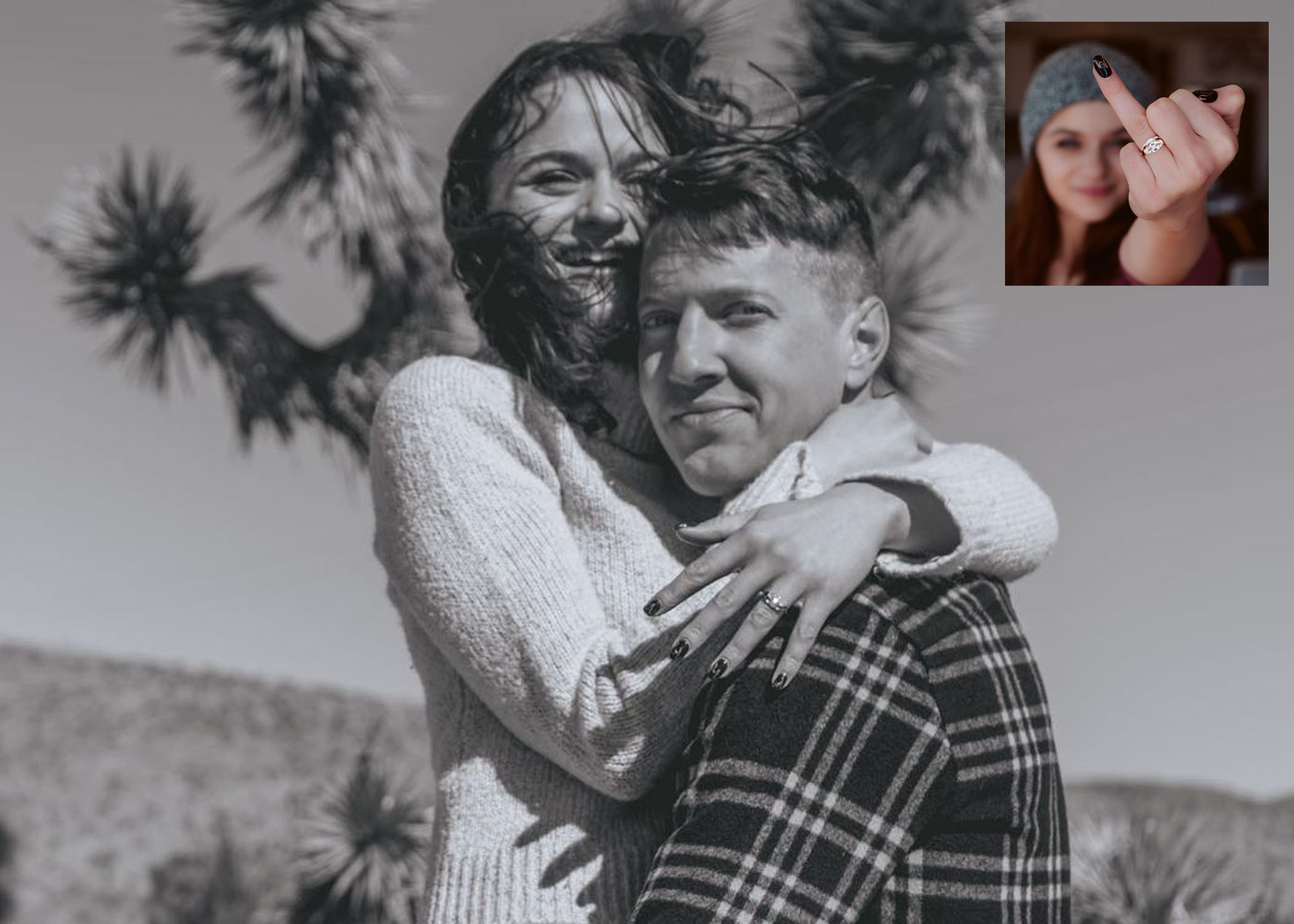 Joey King is one more step closer to walking down the aisle. She is engaged!

On Tuesday, March 1, 2022, the American actress took to her Instagram handle to announce almost a month-old secret that she got engaged to her longtime boyfriend Steven Piet, a film producer.

King posted a series of pictures via Instagram to announce her engagement to Piet.

In the first picture, the now-engaged couple was seen kissing each other. The Kissing Booth star flaunted her beautifully crafted engagement ring in the second one. Similarly, the remaining ones were pictures of the two.

Adding more delicacy to the post, she wrote a heartwarming caption. King started the caption, writing, “I never knew happiness could be so powerful that it can take the air from your lungs, overwhelming every part of you that you can’t help but feel your eyes well from the undeniable joy.”

“I never knew that a persons presence and heart could feel like a real home. I never knew love could be so unquestionably beautiful. I never knew until you. The date was 2/2/22 when you asked me to marry you and made me the luckiest lady alive.”

“I love you more than an Instagram caption could ever do justice. Hanging out with you forever sounds like a real dream, so let’s do it,” she concluded.

Not only the actress, but her now-fiance also posted some snaps through his Instagram handle. The photos he shared were of the couple together – after their engagement – and some single shots of King – wearing her engagement ring.

“The weather was less than perfect. Cold. Windy. Perfectly imperfect to ask my best friend to spend a lifetime together,” Piet captioned his post. “A lifetime of incredibly safe and vulnerable conversations.”

After the news was made public – almost a month after they originally got engaged – friends and fans of the couple took to the comment section to shower their love and send well-wishes.

“This makes my heart happy! Love you both and I’m so excited for your future together!” wrote one fan of the actress.

Similarly, one fan account of the actress commented this on Piet’s post, “Congratulations! So happy for you two! Can’t wait to see what the future hold for you guys.”

Furthermore, Matthew Collins, a friend of the couple, was happy to hear the good news and mentioned that the ring was amazing. He had written, “Omg yesssss. Ring is stunning.”

The engaged couple first met each other in 2019 on the sets of the Hulu miniseries titled The Act. In the show, King played the role of Gypsy Rose Blanchard, whereas Piet served as a producer.

They bonded very well and eventually began dating each other. King and Piet made their debut red carpet appearance at the 2019 Emmy Awards. But, at that time, they were yet to confirm their togetherness.

They first sparked dating rumors in September 2019 after attending Cinespia’s screening of Harry Potter and The Chamber of Secrets on a triple date with the actress’ two sisters – Hunter and Kelli – and their respective dates.

At that time, a source told E! News, “Joey and Steven cuddled the entire time and looked very happy together.”

One fine example of their privacy was seen just now, which is they got engaged on February 2 but revealed the big secret only a month later.

Nonetheless, they have occasionally shared some pictures alongside each other on Instagram. For instance, the duo had attended the Paris Fashion Week Womenswear Fall/Winter 2020/2021 show in February 2020.

Joey King and Steven Piet during their vacation in Costa Rica (Photo: Instagram)

During 2020’s Christmas, King had shared a lovely picture alongside her beau. She had also posted snaps from their road trip in March 2021. Recently, she posted photos from their holiday in Costa Rica.

Going by all that, it seems like the actress is having a blast with her future husband and relishing every moment they spend together. Now they are engaged, and we wish the couple nothing but the best.

Before her relationship with Piet, she was dating her The Kissing Booth co-star and on-screen boyfriend, Jacob Elordi. They were romantically linked in 2017 and began dating sometime later. However, they broke up around a year later, in 2018.