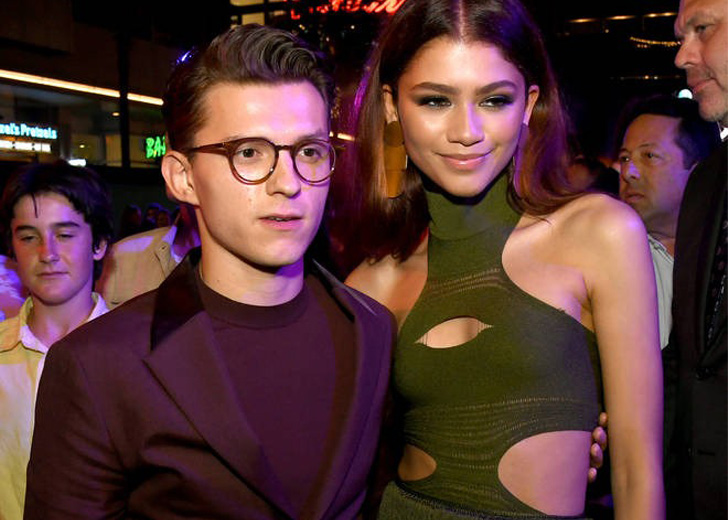 On June 1, the Euphoria actress shared a picture of her alleged ex-boyfriend Holland on her Instagram Stories and wished him a happy 25th birthday.

She expressed she was pretty glad that he was born, writing, “pretty glad you were born…happy birthday @tomholland2013.”

Her Instagram story quickly became a hot topic of discussion, as fans started talking about the actress and the Spider-Man: Homecoming actor across social media platforms.

A fangirl on Twitter reacted to Zendaya’s wish for Holland by expressing that she got emotional with the actress’s lines. The fan wrote, “‘pretty glad you were born’ zendaya stop or i’ll start crying right now.”

Another Twitter handle reported that the photo she shared to wish the actor was likely from the set of Spider-Man: No Way Home. In case you didn’t know, Zendaya and Holland will be reprising their roles as Peter Parker and MJ in the film which is set to release in December 2021.

Besides Zendaya, the actor has also been wished by thousands of his fans and A-list celebrities. American actor Jake Gyllenhaal took to his Instagram Stories, too, to wish him a birthday. He wrote, “HBD @tommholland2013. I miss ussss.”

The Avengers actor Mark Ruffalo also wished him saying, “Happy Birthday to the one who spoils more about the MCU than me and my fellow @therussobrothers twin, @tomholland2013.”

Coming back to Zendaya and Holland, the two were linked to dating each other after they were announced as part of the Spider-Man cast in 2016. The speculations kept building as they frequently posted pictures with each other on social media.

They also made their first red carpet appearance together in July 2016, when they attended Comic-Con in San Diego. They also accompanied each other at MTV Movie and TV Awards in May 2017.

Later, in July, People confirmed that Zendaya and Holland were dating, stating, “They started seeing each other while they were filming Spider-Man.”

“They’ve been super careful to keep it private and out of the public eye, but they’ve gone on vacations with each other and try and spend as much time as possible with one another,” the report added.

However, the two actors never confirmed their relationship. Holland once even told that they were best friends and he was glad to have a friend like Zendaya during his interview with People.

In August 2019, Zendaya was linked with The Kissing Booth actor Jacob Elordi after meeting on the set of HBO’s Euphoria. They were also stopped kissing in New York and seen vacationing in Greece. But, again, the relationship isn’t confirmed yet!