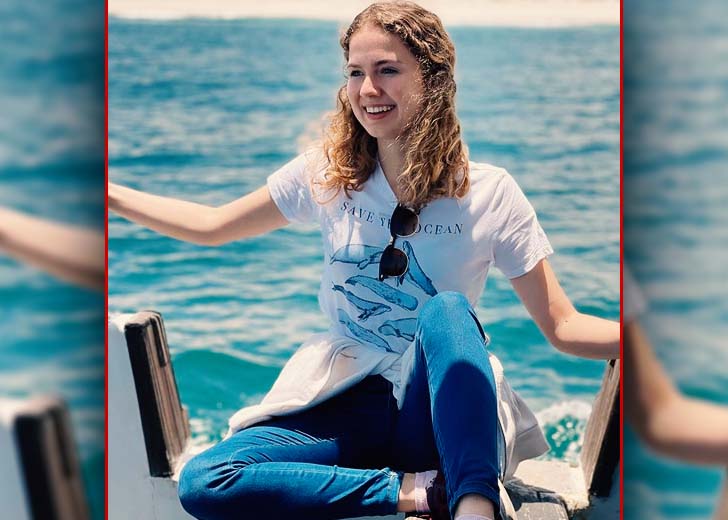 Daniah De Villiers is an aspiring actress and animal conservationist who will be making her appearance in the upcoming movie Redeeming Love, starring Tom Lewis and Abigail Cowen.

She gained widespread fame in 2018 when she played the role of Mia Owen in the movie Mia and the White Lion. In addition, she is a singer who released her first single titled Gold on November 12, 2021.

Born in 2003 in Cape Town, South Africa, the young actress is presently 18 years of age. She celebrates her birthday on February 27 every year. Her zodiac sign is Pisces.

De Villiers came from a musical family, so the influence was always there. But, she also had developed a keen interest in acting. As she grew up, her interest further developed. Later, she went on to study acting under Diani Gernandt, Diane Wilson, Fiona Ramsay, and Karin Van Der Laag.

In 2013, she competed at the 2013 World Championships of Performing Arts in Los Angeles and managed to win the Junior Grand Champion Award for acting and singing. Next year, she was named one of the Top 10 potentials for the SATCH competition held in Johannesburg.

As per De Villiers’ artist profile, she stands at an average height of 5 feet 2 inches or 1.58 meters. However, her weight isn’t disclosed on the profile or anywhere else; thus, it remains unknown.

Her other distinctive features are blonde-colored hair and bluish and greenish eyes color. She is fluent in two languages – Afrikaans and English – and knows basic French. Furthermore, she can speak in British, Standard American, Irish, and Australian accents.

The rising actress likes to keep her personal life details upto herself only and rarely shares anything with the outside world.

Neither is she seen going out with a handsome hunk, nor has she given out any hint on her love life through her Instagram and Facebook handles. Instead, she only posts pictures of herself and her profession, and sometimes with her friends.

As a result, it seems like her present relationship status is single, and she doesn’t have a boyfriend. In addition, as De Villiers is only 18-year-old, she may be focusing more on her career rather than on love.

De Villiers was raised as the youngest child of her parents. Presently, not much is known about her parents as she has kept those details upto herself only.

Nonetheless, she has occasionally shared pictures with them via her Instagram handle. For instance, on June 20, 2021, she posted a collage picture of herself and her father on the occasion of Father’s Day.

In the caption, she first wrote a line in the Afrikaans language, which translates in English as “Thank you that I can always borrow Dad’s sweater.” The last line was in English that read, “love from one hippie to another.”

Apart from her parents, the actress has one older sister. However, she also hasn’t disclosed much about her sibling, though she has posted a few pictures alongside her.

De Villers’ acting career started in 2005 when she debuted via the TV series Binnelanders. In it, she played the role of Trudie.

After her debut, she didn’t appear on another acting gig for 12 years. She made her return to the entertainment industry in 2017, playing the role of Chris in the movie, Nul is nie niks nie. In the same year, she appeared in Meerkat Maantuig, Vaselinetjie, and The Dating Game Killer.

Her breakthrough role came in 2018 when she portrayed the role of Mia Owen in the movie Mia and the White Lion. For this role, the actress spent three years with a real-life Lion named Thor.

Following that, she made her appearance in Griekwastad (2019) and Kompleks (2020) and then took another break that lasted until this date.

However, the break will soon be over when she appears in the romantic drama movie Redeeming Love, releasing on January 21, 2022. In this movie, she will be playing the role of Miriam Altman. Besides this, she has no further upcoming acting gigs.

She has made quite a successful career in a short time. With success and fame, she has also earned a healthy income. So, how much is her net worth? The exact figures are presently unknown as De Villers’ net worth is still under review.