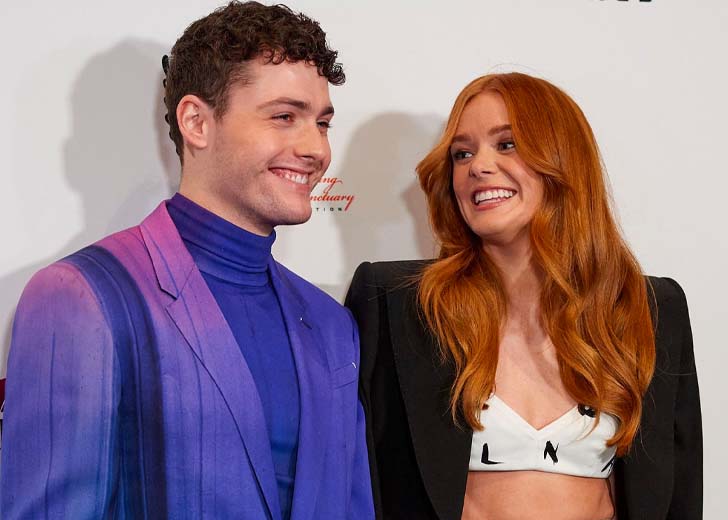 Thomas Elliot Lewis is best known for his role as Thomas Sowden in 2019’s Gentleman Jack, a historical drama series, as well as his role as Micheal Hosea in Redeeming Love.

Similarly, Abigail Cowen is an American actress who is well known for her work in Chilling Adventures of Sabrina. She can also be seen playing the lead role, Angel, in the latest movie, Redeeming Love which was released on January 21, 2022.

The on-screen chemistry between the Redeeming Love stars, Lewis and Cowen, was so real and obvious that fans are doubtful if the stars have something going on off-screen, too. Fans are curious to know if the actors have romantic relationships going on in real life.

But the truth is that Tom is not dating his Redeeming Love co-star. The newly released movie Redeeming Love shows the romantic relationship between the actors, but the romance does not go beyond on-screen.

The rumor of Lewis dating Cowen is not true and is just a fluke going around. Furthermore, according to the actress’ Instagram, she is dating Danny Griffin, not Lewis.

Who is Tom Lewis dating?

To this day, nothing has been confirmed about Tom Lewis’ dating life. He is quite personal when it comes to these types of things, and in addition to that, the actor does not have any social media profiles.

The rising star seems to prefer living a private life and likes to maintain the boundaries between his personal and professional life.

Since the actor is not active on any social media platforms, it is unclear if he is currently in a romantic relationship with anyone or not.

Tom Lewis on his chemistry with Abigail Cowen

As mentioned, Lewis and Cowen could be seen starring in the movie Redeeming Love. The movie is based on Redeeming Love by Francine Rivers.

The pair have worked together to tell the story of their characters falling in love while facing obstacles during the California Gold Rush.

Lewis described the movie and said how he was very impressed and inspired by Angel’s story and strength. He explained, “The love story was a beautiful one and I love stories, so I was instantly drawn in.”

While playing the role of Micheal in Redeeming Love, Lewis revealed playing Micheal was the fun dynamic that he had with Angel, played by Cowen.

Further, he added, “I quite like the humor that he and Angel had, which is what drew me to the script.”

As soon as the actors met each other, Tom described, “We just hung out and spoke about the movie and our lives. I am very thankful it is my first movie.”

“We are proud of the work that we did and what we created. It was amazing,” said the actor while speaking with Collider.