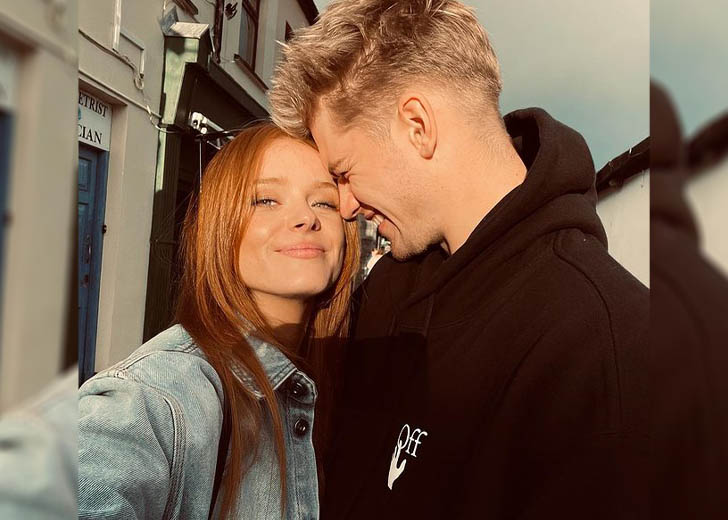 The Fate: The Winx Saga co-stars are dating and it was confirmed by the actress as she posted a recent snap of the couple on Instagram on Saturday, October 2, 2021.

The picture was taken in front of a mirror as Cowen posed in front of Griffin and he held his hands in her waist — one of Cowen’s hands was on the back of Griffin’s neck while the other was holding her phone. Both of them donned black clothes.

“Neat!!,” Cowen captioned the picture. Several of Cowen and Griffin’s co-stars took to the comment section of the post to share their support. “U guyssss,” wrote actress Hannah van der Westhuysen, alongside a heart emoji.

But, that wasn’t enough for Westhuysen as she again commented on a single smiling face with three hearts emoji.

Not only Cowen and Griffin’s co-stars, but their fans also were quick to comment. One user wrote, “This makes me so happy.”

Another Instagram user was surprised after seeing the picture as they wrote, “Hold up I think I missed a few chapters.”

“Bloom and Sky are real,” wrote another user referring to Cowen and Griffin’s characters in the Netflix series Fate: The Winx Saga.

The same day, Griffin, age 24, also posted an adorable snap on his Instagram, where the actress took a selfie, and he firmly placed his head around her forehead.

Some hours later, he shared a short clip through his Instagram stories in which he was seen in a swimming pool whilst enjoying the lovely scenery. In that story, he had tagged Cowen as well as the place the two were staying in.

The place was The Europe Hotel & Resort, a 5-star hotel resort located on the Lakes of Killarney, in the country of Ireland.

This is the very first time either of them has shared a peek at their romance, as both of them have been very secretive about their love life. Before all of this, Cowen was rumored to be dating actor Ross Lynch, however, it was false as Lynch was in a relationship.