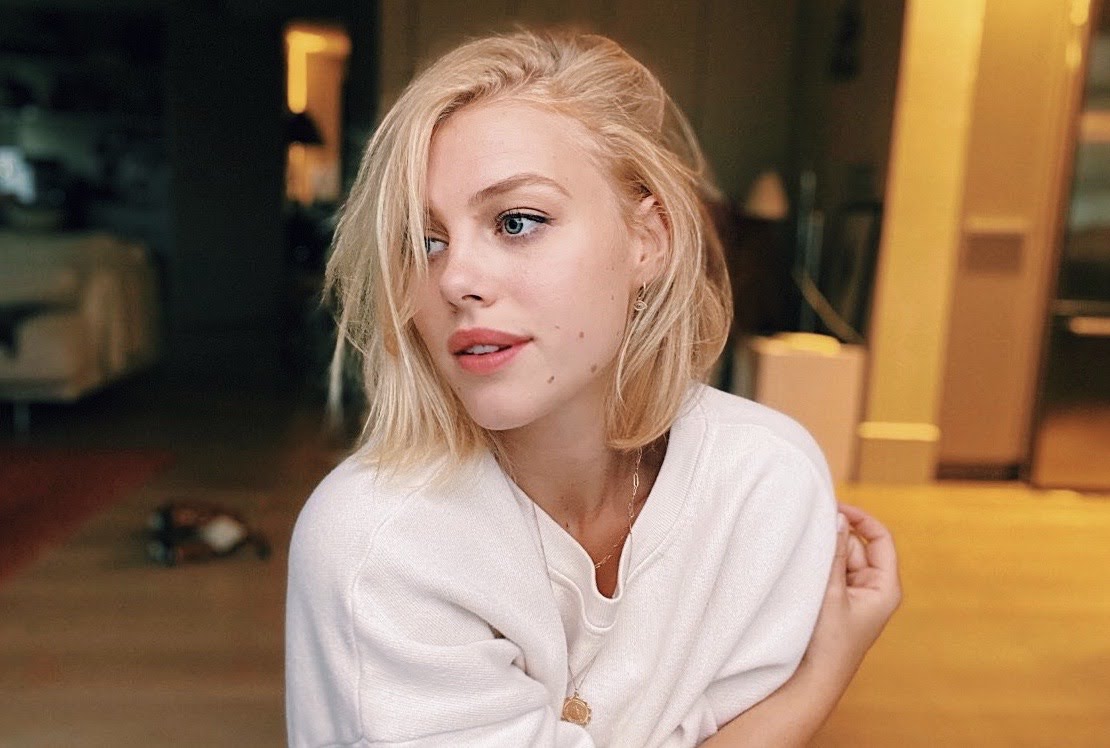 The series is an adaptation of Nickelodeon’s 2004 show, Winx Club. It follows the character of Bloom who adjusts to life in the Otherworld, where she must learn to control her dangerous magical powers.

Hailing from the suburbs of Hammersmith, West London, England, Hannah was born on August 26, 1995. Likewise, she goes by the full name of Hannah Jo van der Westhuysen.

Hannah celebrated her 25th birthday with her friends on August 26, 2020 – and posted birthday celebration pictures on Instagram. In the post, she wrote, “Thank you for all the lovely birthday messages…feeling v loved and soppy (and a bit nauseous?) after 37 tequilas and 6 slices of cake. But mainly very loved…”

Moreover, Hannah’s eye color is blue-green, and her hair color is blonde-medium. Furthermore, she stands at a towering height of 5 feet 7 inches (1.7 meters).

Hannah’s zodiac sign is Virgo, and her ethnicity is white. She holds dual citizenship—one of the U.K. and another of Australia.

As for her education, the Fate: The Winx Saga’s star enrolled at the Drama Centre London in 2015 and graduated with BA in acting three years later, in 2018.

As an uprising artist, Hannah has kept her family life away from the public and media sights. However, it is known that her mother’s name is Jo van der Westhuysen, with whom Hannah shares a strong bond.

Though maintaining privacy, Westhuysen shares some pictures of her parents once in a while through her Instagram handle. For instance, on March 31, 2019, Hannah took to her Instagram account to post a picture of her mother and wish her mother on the occasion of Mother’s Day.

Likewise, on February 12, 2020, she shared a lovely picture of her mother and father while still keeping her father’s details a secret.

However, Hannah and her parents’ love is not just one-sided as Hannah’s mother, Jo, also likes to flaunt some cute pictures with her daughter. On November 1, 2019, Hannah’s mother, Jo, shared some lovely pictures with her daughter where they were seen at the Victoria and Albert Museum in London. Alongside those pictures, Jo added a caption “Me and my girl” and a heart emoji.

Hannah van der Westhuysen seems to be a social media person as she is seen as very active in her Instagram handle. The actress often flaunts pictures of either herself only or pictures alongside her friends.

Hannah started using the platform on January 20, 2013, with the username @hannahvdw. Her very first post on Instagram is of her pet dog sitting on the snowy ground. Since that day, she has often shared pictures through Instagram, even though she didn’t post many photos during the start.

As of January 20, 2020, Hannah has a total of 85 posts on her Instagram handle, which mainly consists of random pictures of herself, pictures of her birthday celebration, memories captured with her fellow cast members, and so on.

Hannah seems to be the type of actress who chooses movies and TV shows as per it’s script and storyline. Maybe, it is the reason behind such low numbers of acting credits in her IMDb profile.

Hannah started her acting career at a very young age. At the age of nine, she had already made her television debut through the 2004’s TV series Keen Eddie, where she played the role of Edwina Weatherhead.

In the same year, 2004, she also guest-starred as Eva in the TV Mini-Series entitled Frankenstein. In 2005, the aspiring actress got her first major role as she was selected to portray the character of Fleecey Keaton in the 7-episodes TV series entitled The Fugitives.

However, after her first major role, Hannah disappeared from the entertainment industry. And, after a 13 years long gap, in 2018, she finally made her return to the acting field as she portrayed the character of Amy in the TV movie Get Lost!.

Following that role, she again took a gap of two years and eventually made her appearance as Heather in the 2020’s TV show Grantchester. In the same year, Hannah also made her big-screen debut as she portrayed the role of Becca in the movie The Bay of Silence.

As of now, the English actress is looking forward to witnessing the fans’ response when her upcoming Netflix series ‘Fate: The Winx Saga’ gets released digitally all over the world on January 22, 2021. In the series, she played the character of Stella.

Likewise, Hannah is also looking forward to two of her upcoming projects: Sleeping Arrangements, where she plays Claire, and Lamborghini, in which she appears as Clelia Monti.