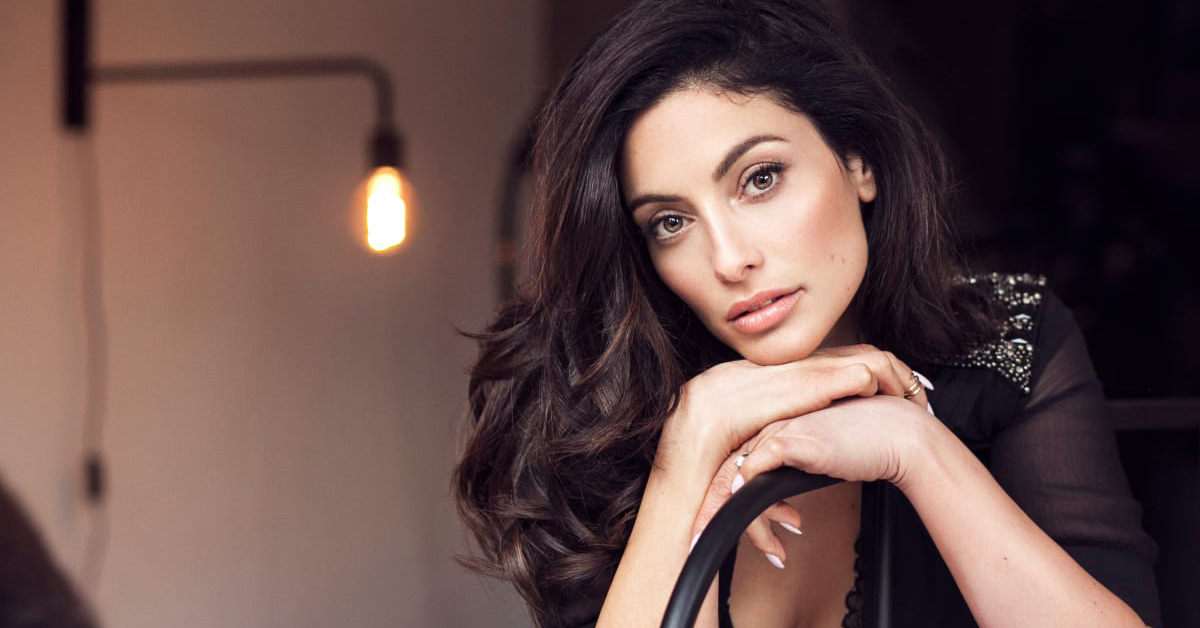 “I started acting when I think I was, I don’t even know 6 or 7 and I remember thinking ‘I want to be in the movies’,” Erica states.

If you have watched The CW’s series The 100, then you definitely recognize the Canadian actress Erica Cerra. In the post-apocalyptic science fiction drama, Erica portrayed thrilling artificial intelligence A.L.I.E. and her creator Becca Pramheda.

In addition to that, the actress has also impressed audiences with her roles as Deputy Jo Lupo on the Syfy series Eureka, Robin in the mystery series Supernatural, and Adrianna Tomaz in the TV series Smallville.

Get along to know more about the talented actress Erica, including her bio, race, career, and net worth!

Erica Cerra was born on October 31, 1979, in Vancouver, British Columbia, Canada. And although she holds Canadian nationality, she is of Italian descent.

Her paternal grandparents, Luigi Cerra and Marietta, were reportedly born in Italy, likely in Calabria.

Speaking about her parents, she was very close to her birth givers. But sadly, she had to see both of them pass away in the 2010s. Her mother passed away in 2013, whereas she lost her father in 2020.

She also stated that her father lived for his family and made lots of sacrifices for them throughout his life.

“My father lived for his family and especially his children. Sacrificing his own needs and wants to make sure we had ours,” Erica expressed.

The 100 actress Erica Cerra was interested in acting from an early age. That interest led her to appear in several child acting projects, including the Canadian show KidZone.

Speaking with interviewer Linda Craddock in June 2007, she shared her experience of stating acting early. “I started acting when I think I was, I don’t even know 6 or 7,” Erica said.

“I was on a show called “Kid Zone,” and I loved it and I had fun and I was enjoying myself, then I did some commercials,” she added.

She further shared that when she was not working as much and didn’t go to school properly, she decided to break from acting. She wanted to be 14 when she resumed her acting.

I wanted to be 14 with no responsibility but I always wanted to act again.

According to IMDb, Erica made her first television appearance in 1994 when she was cast as Molly in the TV series No Adults Allowed.

After a brief break, she returned to acting in 2001, and between 2001 and 2006, she appeared in TV series such as Special Unit 2, Battlestar Galactica, Black Sash, The Collector, The L Word, Dead Like Me, Jake 2.0, Smallville, Huff, and many more.

In addition to that, she had roles on several popular movies, including Man About Town with actors Ben Affleck and Rebecca Romijn and Blade: Trinity with Wesley Snipes.

But it was 2006 when she landed in her breakthrough role, as she was cast as Deputy Jo Lupo on the Syfy series Eureka. In the series that premiered between 2006 and 2012, Erica played an integral role along with stars Salli Richardson, Colin Ferguson, and Jordan Hinson.

Following that, the Vancouver native starred in series such as Lucifer, Warehouse 13, Rush, Sanctuary, Supernatural, iZombie, and Motive.

Her other most prominent role came when she starred as an A.I. called A.L.I.E and Becca Pramheda, the creator of A.L.I.E., in the CW series The 100.

Her character received praise from audiences and critics for her thrilling portrayal of the main antagonist during the third season.

In 2021, she made a guest appearance as D.A. Jean Rosario in an episode ‘The Trail of the Missing Witness’ of the series Nancy Drew. She also appears as Connie Rivers in the TV series The Astronauts.

Erica Cerra’s Net Worth Is in Millions

Successful actress Erica Cerra has earned a luxurious lifestyle and good wealth for herself and her family. She has been married to Raffaele Fiore since November 2010 — together, they have two children, a daughter, Talia, and a son, Michele.

Speaking about wealth, her acting profession has helped her amass an estimated net worth of $1 million to date. And with a more promising career ahead, she is certain to add more millions in her purse.