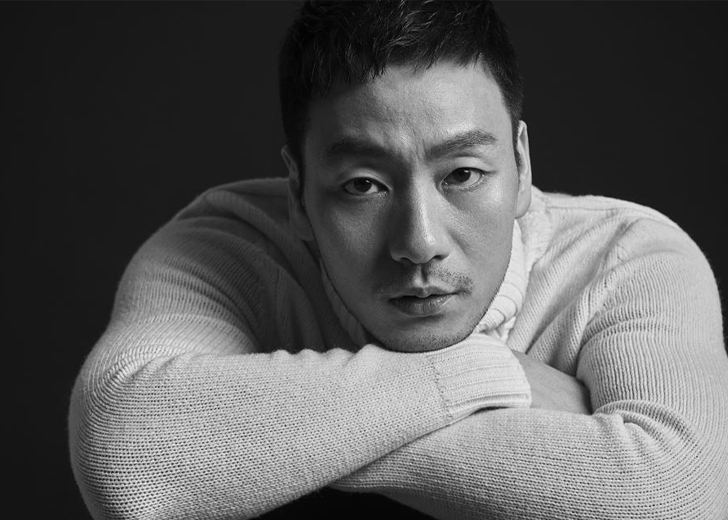 Congratulations to Park Hae-soo and his wife for the birth of their first baby boy.

The actor himself addressed the news during a recent interview with media outlets to promote his Netflix series Squid Game. In one instance, he said, “I’m so thankful that so many people around the world are congratulating me on the birth of my son. I let my wife know before the interview today that the news was being released today, so she should expect to hear from a lot of people soon.”

So far, the baby name has not been revealed in public. But the reason is apparent, as the couple would want to keep their newborn baby grow away from the spotlight.

Hae-soo and his wife, whose name is also not revealed in media, reportedly married in early 2019. Their wedding was a private ceremony in Seoul with only a limited number of guests, including their parents, relatives, and close acquaintances.

After the wedding, Hae-soo and his spouse traveled to Club Med, Maldives, for their honeymoon.

“I want to tell you about my happiness,” the actor said at that time on his fan cafe when he announced his wedding plans.

He continued, “I’m going to start a new life with my partner. I wanted to be with someone like her who always holds my hands and gives me strength whenever i’m having a hard time. I will continue to work hard as an actor while remembering the love and support that my family and fans gave me.”

The couple first met back in 2017 through their mutual friend and subsequently started dating the following year. After a close relationship for a couple of years, they decided to tie the knot.

Hae-soon is a renowned South Korean actor best known for appearing in movies and TV shows like Time to Hunt, Master, Minority Opinion, Prison Playbook, and Memories of the Alhambra.