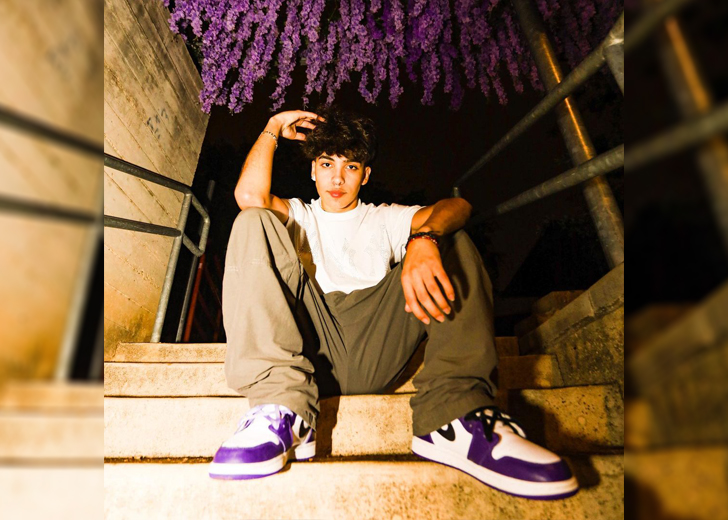 Gabriel Salazar, popularly known as Gabenotbabe or [just] Gabe, was a rising American internet personality who came into the limelight through the popular content-sharing platform TikTok.

He used to upload various kinds of content on TikTok, due to which he had garnered over 1.3 million followers and 78.4 million likes. His popularity on TikTok also grew his popularity on Instagram as he gained more than 396,000 followers on the platform.

As his popularity rose, his followers were hoping to see more of him in the near future. However, little did they knew that his time on earth was short and he will be leaving soon enough. Yes, the TikTok star Gabenotbabe is no more!

Gabenotbabe Passed Away at 19 Years of Age

A couple of days ago, on September 25, 2021, the Brownsville, Texas native had shared a couple of pictures via Instagram in which he was posing with his luxury car.

At that time, no one knew that it would be his last post on the social media platform. On September 26, news broke out that Gabenotbabe had died in a car accident at 19.

As of now, no further reports or updates about his accident have been revealed. Nonetheless, after the news of his death broke out, thousands of people have paid their tributes via the internet. Among those people, some are the TikTok star’s friends.

One of Gabe’s best friends, Ricky Flores, shared a series of pictures and clips of himself alongside Gabe and paid his heartfelt tribute. “rest easy brother. words can’t even explain how I feel right now. man, I would do anything to get you back right now bro. LONG LIVE GABE,” he wrote on the caption.

Additionally, Twitter users were also shocked to hear the news. One wrote that they were crying after hearing the news.

Another user had written, “it’s so sad seeing young people w so much potential & life to live, die so fast & young. it’s so scary.”

Even though many are shocked and saddened by Gabe’s sudden demise, the ones most affected is his family.

After eventually processing the death of her brother, Gabe’s sister, Danna P. Salazar, took to her Instagram handle to pay her heartfelt tribute. She had added a collage of childhood pictures and posted them through her Instagram story.

In that picture, she had written, “I love you so much, Gabe. No matter how much we argued and fought you knew I loved you with all my heart and I would always tell you this. I’ll keep you in my heart forever. This isn’t a goodbye, it’s a see you soon ale, make sure u and sebas watch over us.”

The heartfelt tribute was followed by more Instagram stories, in which she had shared pictures and TikTok clips of her brother. In addition, she also asked to fund some amount for Gabe’s memorial.

You can also contribute to the amount via clicking this gofundme link. Our thoughts and prayers are with Gabe’s family and friends.

A Short Look Into Gabenotbabe’s Bio

Gabe was born on January 12, 2002, with the birth name of Gabriel Salazar. He was born and raised in the suburbs of Brownsville, Texas. His birth sign is Capricorn.

Not much is known when it comes to the parents of the late TikTok star. Nonetheless, it is known that he has two siblings, a sister named Danna P. Salazar and a brother whose name is not known.