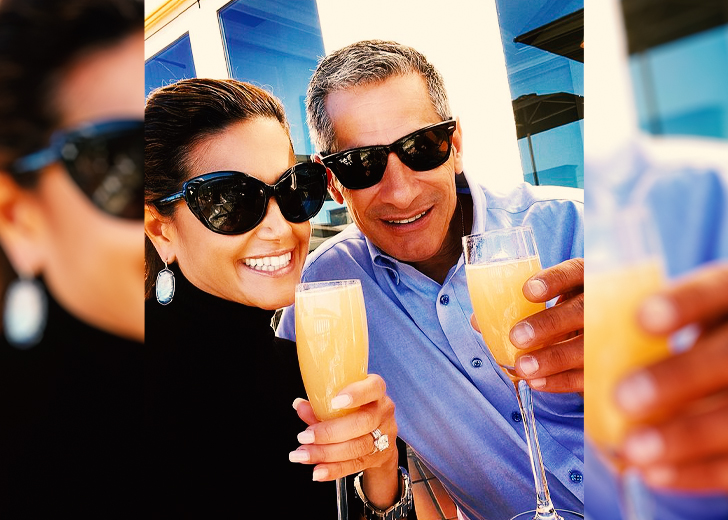 Most of her followers as well as her friends were happy seeing the NBC anchor full of joy and they sent their well-wishes to the newly married couple either through gift cards or personal messages or by commenting on Garcia’s marriage post.

However, there were also some who doubted the bond of Garcia and Vossoughi. Besides, those negative-vibed persons were very much sure that the couple’s marriage would not even last for two weeks.

After getting some sort of hint on the topic, the multiple Emmy Award-winning journalist took to her Instagram handle to address it and slam those haters. On September 20, 2021, Garcia posted a selfie alongside her husband, in which they were smiling and holding drinks in their hand.

The location tag gave the idea that they were at The Lodge At Pebble Beach. Finally, in the caption, she slammed the negative-vibed persons that said her marriage with her new husband wouldn’t last for two weeks.

She wrote, “2 weeks married and still going strong! [laughing emoji],” along with some hashtags #whosaiditwouldntlast, #lovehim, and #happywifehappylife.

Prior to this post, on September 12, she had shared a short clip of a very calm and amazing ocean from her honeymoon. On the next day, she had posted a picture from her wedding, right when the wedding officiant told them that they are now husband and wife, and can kiss each other now.

On September 9, 2021, Garcia announced via an Instagram post that she and her long-time fiancé shared the wedding vows. She and her new husband, Vossoughi, were engaged since September 30, 2019.

Before tying the knots with Vossoughi, Garcia was in a marital relationship with Brent Cannon Schweigert. They married in 1997 and got divorced 19 years later, in 2016. During their married life, they were blessed with triplets: Katherine, Claire, and Jack.