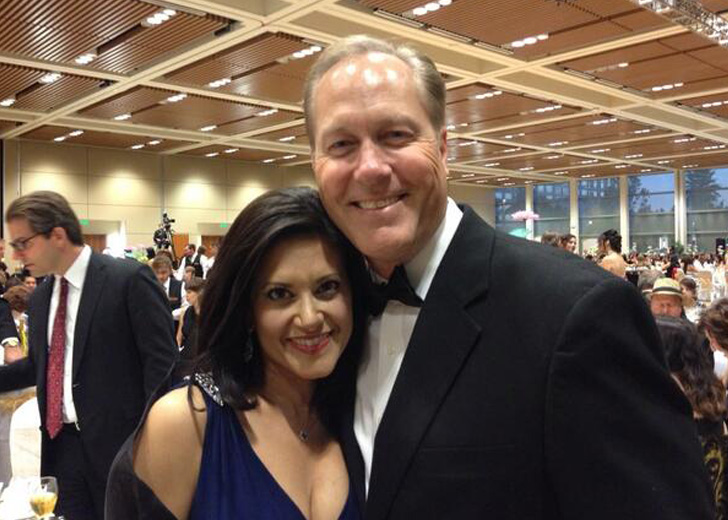 NBC Bay Area anchor Laura Garcia and her ex-husband Brent Cannon Schweigert, a former NBC reporter, were married for 19 years from 1997 to 2016.

The long-lived marriage ended after Laura filed lawsuits against Brent for physical abuse and domestic violence. That news shocked many from the media industry, given that Brent was a reputed journalist.

The former couple had reportedly met during their time in San Francisco when both covered news for different network channels on the same story.

Laura worked as an investigative reporter and anchor in Phoenix, Arizona while Brent did the same job for another network. They met during that process, fell in love, and tied the knot in 1997.

Their relationship in the initial years of marriage was stronger because they were partners professionally, as they worked as co-anchors together on NBC Morning Show.

Twelve years after the marriage, in 1997, the two welcomed their three children: triplets, Katherine, Claire, and Jack.

But the couple apparently had a difficult relationship because of which Garcia separated from her ex-husband sometime in 2016. She later accused Schweigert of physical abuse and domestic violence.

Soon their divorce was finalized and they managed their life on their own. And while Schweigert’s personal life is now private, Garcia is presently married to Mr. Keon Vossoughi, a vice president at MEACHAM OPPENHEIMER INC.

Garcia and Vossoughi got married in September 2021 in the presence of their close friends and family members. The NBC reporter’s children were also present at the wedding.

Top Celebrity Inspired Accessories for 2022: Everything You Need to Know

Posted on September 1, 2022September 1, 2022
Yung Gravy responded to the diss track, 'Leftovers' by Monty Lopez, commenting, "It did not have to come to this."
Read More