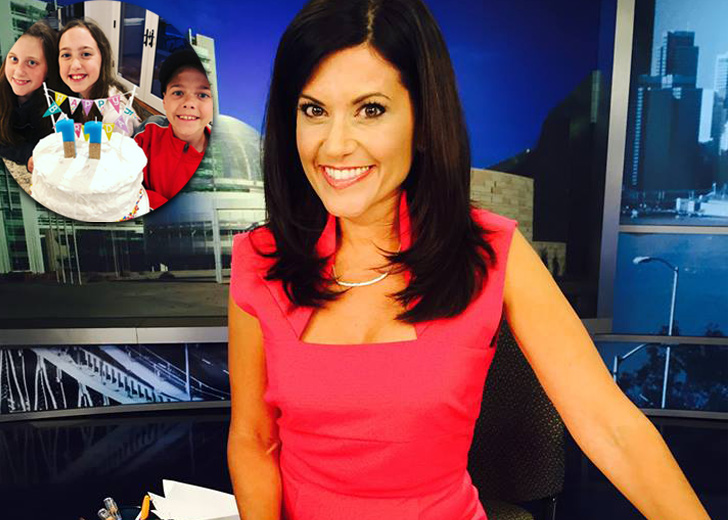 Multiple Emmy Award-winning American journalist Laura Garcia has garnered quite the limelight, all thanks to her position as weekday morning anchor. She can be seen covering the latest news alongside Marcus Washington for NBC Bay Area.

As a public figure, the NBC anchor’s professional life is crystal clear. But, the same cannot be said when it comes to her personal life. To this date, she has only given tidbits of information about her romantic relationship.

Keep reading to know all the details regarding her personal life, including her marital relationship, husband, children, and more!

Laura Was in a Marital Relationship

The Saint Mary’s College of California in Moraga graduate was previously engaged in a marital relationship with Brent Cannon Schweigert.

The duo first met each other through their professional works in San Francisco—both were reporters working for different networks. They eventually fell in love and tied the knots in 1997.

Following their marriage, they decided to work together and became co-anchors for NBC Morning Show. Almost 12 years after their marriage, the couple’s marital life got completed as they got blessed with triplets; Katherine, Claire, and Jack.

Afterward, everything seemed fine in their marital and parental life. But, little did others knew that their marriage was not perfect. Laura and Brent filed for divorce in 2016, ending their 19 years of marriage.

Not only that, it was reported that they had an abusive relationship. Besides, Laura even charged her ex-husband with counts of domestic violence and physical abuse. When the divorce was settled, the responsibilities of their triplets were handed over to the mother.

Two years after Laura’s divorce was finalized, in 2018, it was rumored that she was dating her colleague Scott McGrew. The hype of the gossips was so high that she decided to address and clear the matter once and for all.

On July 30, 2018, Laura took to her Twitter handle to reply to a tweet of one of her followers—who was linking her with Scott. While replying to that, she wrote that she and Scott are nothing more than co-workers. In addition to that, she also wrote “I will forward this to my boyfriend though! :)” indicating that she was dating someone.

After the tweet, it was clear that she wasn’t dating Scott, but, it also created a room for her followers to talk about her relationship with a new man. So, who was the new man in her life? Keep reading to follow!

The former investigative reporter is currently in a blissful relationship with her handsome boyfriend. However, she is yet to share the details of her man.

Precisely speaking of the two’s relationship, the boyfriend-girlfriend duo is on the verge of sharing the wedding vows after getting engaged a few years ago. On September 30, 2019, Laura shared the engagement news through her Instagram account. She posted a picture flaunting her big diamond engagement ring and captioned it writing “It’s official. #isaidyes #engaged.”

Since then, the engaged duo has always been together. And although she hasn’t disclosed the name of her fiancé, she has revealed the face. In an Instagram post of November 1, 2020, she shared a picture in which she was alongside her beau and her triplets. In the picture, all of them were dressed up in Halloween costumes.

Going by that, it is pretty sure that she is coming to the point where she can freely disclose the details of her partner. Well, let’s hope that day comes soon!