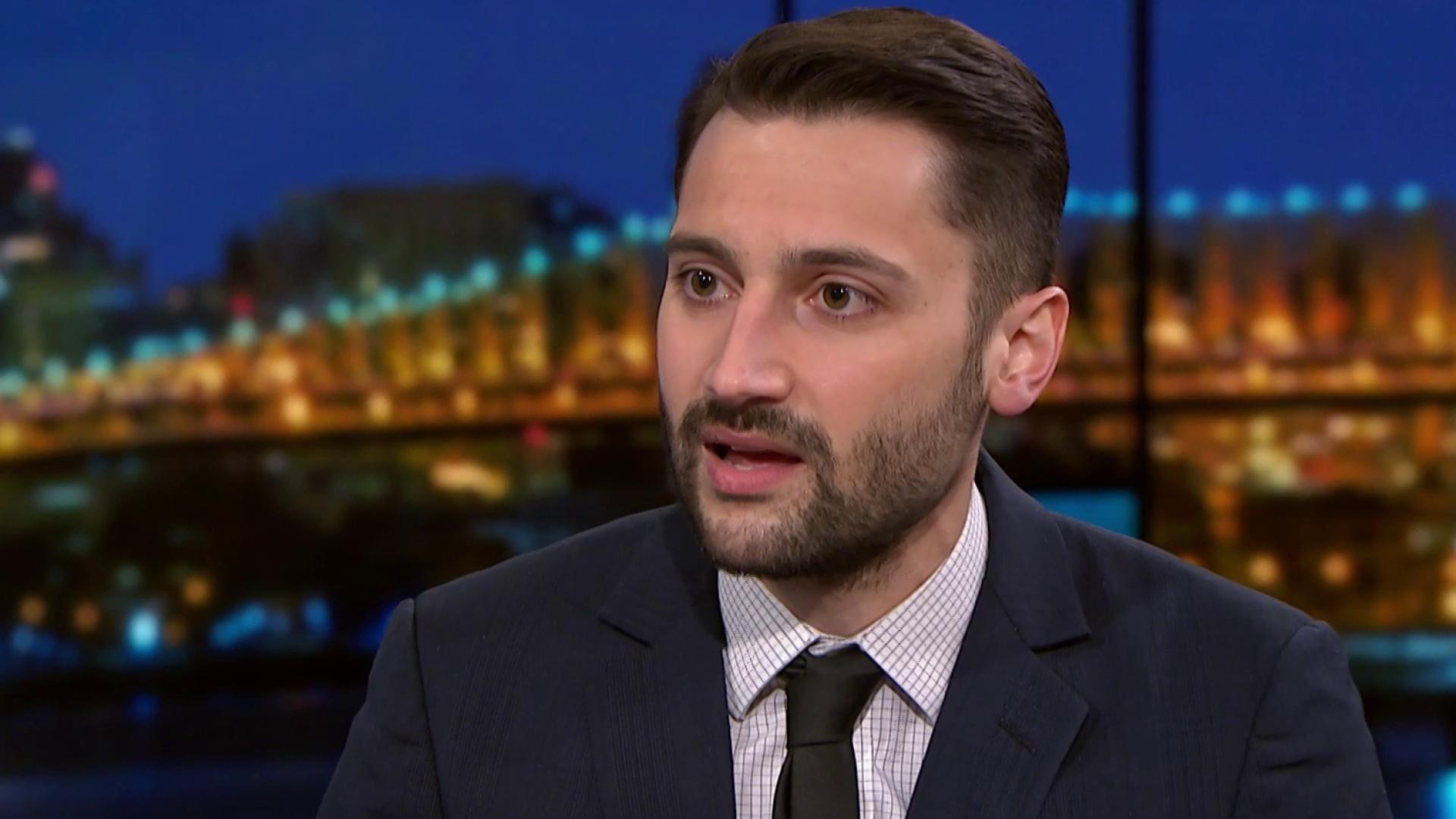 Everything about Ben Collins!

Ben Collins is an experienced American reporter who has been working with NBC News for more than four years. Per his byline or bio on the NBC News website, he “covers disinformation, extremism, and the internet.”

Before joining the New York-based broadcasting television network in March 2018, he used to work at The Daily Beast. He worked there for three years and four months as the senior news editor.

As of this writing, Collins is reportedly around 47 years of age. Born in 1975, the reporter celebrates his birthday every year on February 13, per multiple media outlets. If that’s true, then his zodiac sign is Aquarius.

Talking about his family, there are little to no details available about them. It’s so because Collins lives a private life and doesn’t prefer to share many details about his early and family life. Due to that, there is no information on his parents and siblings (if he has any).

Ben Collins during an interview with MSNBC (Photo: MSNBC)

Nonetheless, there is a tidbit of information when it comes to the Byfield, Massachusetts native’s education. As per his LinkedIn profile, Collins studied Journalism at Emerson College and graduated with a Bachelor of Science (BS) degree.

How tall is Ben Collins?

Like his early and family life, there is no concurring information about Collins’s height. Several media outlets have reported that the reporter stands at the height of 5 feet 7 inches and weighs around 154 lbs. However, it’s unknown if it’s his exact height and weight.

Is Ben Collins dating a girlfriend?

It has already been established that Collins lives a private life and doesn’t share many things about his life with the world. One of those many things is his personal life.

Due to that, it was unknown whether he was married to a wife or dating a girlfriend. However, when we took a look at the reporter’s Facebook profile, we found something that might shed some light on his love life.

On Collins’s Facebook account, there was a highlight section that contained five pictures. And the very first was a five-year-old photo in which Collins seemed to be with his significant other alongside his other friend and that friend’s significant other.

Ben Collins with his rumored girlfriend (on the right) and his other friends (Photo: Facebook)

There were smiles all around the picture as they stood nearby a lake on a sunny day. The following three photos in that featured section were random, but the last one again showed the reporter nearby a lady.

But it couldn’t be said if she was the same as in the first picture. Moreover, it also cannot be said that the lady in the first and last picture is Collins’ wife or girlfriend as there is no substantial evidence to prove it.

So, without any official confirmation or evidence, Collins’ present relationship status remains unknown. And until anything comes out, it’s only safe to assume he might be single.

For a long time, Collins has supported the LGBTQ+ community [including gay, lesbian, queer, and others] and their rights. He has talked about LGBTQ+ rights multiple times on Twitter.

Earlier, we talked a little about Collins’ career — from his present work at NBC News as their senior reporter to his former work as the senior news editor at The Daily Beast.

Before those two jobs, Collins had served in different positions at different news companies. His journey started sometime after graduating from Emerson College when he joined SLAM Magazine in 2007.

While he was there, he served as their Writer/Online columnist. Additionally, in 2009, he started doing a double job, and his new job was as a Columnist for Boston.com. But, after two years, he left his position at Boston.com.

Similarly, just one year later, in 2012, Collins resigned from his position at SLAM Magazine. But, he wasn’t left unemployed as he had already joined Hulu as their editor in January 2011 — a position he held till October 2013.

After his stint at Hulu, he joined Esquire Magazine in October 2013 and started working as their News Editor. He left the position in November 2014 and joined The Daily Beast in December 2014. Finally, he ended up joining NBC News and has been there since.

Facts about Craig Conover's Parents, Height, and Net Worth