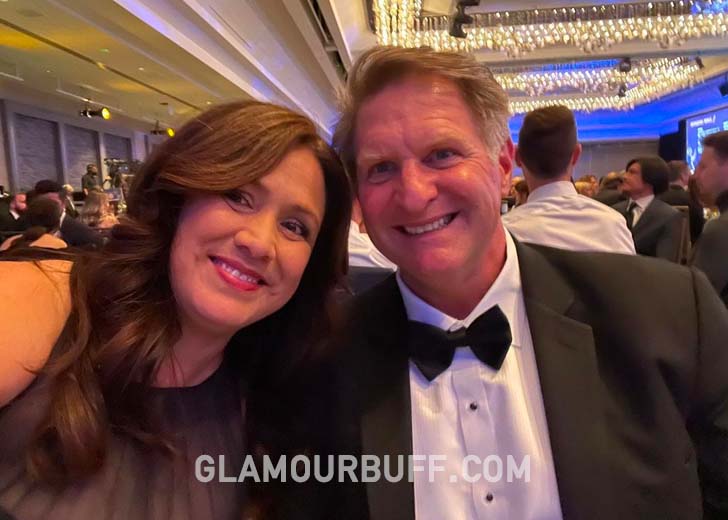 Kris Sanchez is a member of the Board of Governors for the Emmys.

Kris Sanchez from NBC Bay Area News is married to a fellow journalist. Find more details on her husband, family, and children.

She joined the NBC Bay Area family in May 2008 and has been there ever since. For two years, Sanchez served as an anchor and reporter for KGPE-TV.

She introduces herself on her Twitter profile as “Sleep-deprived morning reporter and anchor, Telemundo 48 contributor, mama of 2 rowdy little chicks, wife to one patient man.”

So who actually is the patient man married to the journalist? Read along to find more details on her husband.

Kris Sanchez is married to a fellow journalist

Sanchez is married to American journalist and news producer Chris Young, who she describes as kind and supportive.

The duo is active on Twitter. Young describes himself in the Twitter bio as: “Producer NBC News – Dad of two amazing girls – Married to the girl of my dreams – Old school TV news guy.”

Sanchez also supports her husband’s work and shares them on her social media handles. They even share their workspace at NBC. “I am married to a fellow journalist and once in a blue moon we cross paths on the job,” she shared on Twitter.

The couple is the parents of two girls, whose names have not been revealed. However, the NBC reporter keeps her family out of the spotlight, and very little is known about her personal life. But she does share her daughters’ pictures on her Instagram.

She was raised in a Mexican-American home with her sister and brother. Her mother is a pediatrician.

Sanchez has thanked her family for their love and support, but nothing more is known about her parents. There is no information regarding her sisters or brothers.

However, as per NBC Bay Area, Sanchez resides in San Jose, California, with her kids and a pet dog.

The journalist and her husband enjoy spending time with their family, friends, and pet bulldog Mexi and preparing meals together.

She covered the 2000 presidential campaign as a journalist and traveled to Central America for the Panama Canal transfer and humanitarian operations. The National Association of Hispanic Journalists recognized her story “Cesar Chavez, A Legacy of Hope.”

The NBC reporter holds degrees in journalism and Spanish from the University of Texas in Austin. she enjoys being a lifelong learner as a journalist, and she particularly appreciates relaying the stories of the Bay Area’s various communities.

“I also report for Telemundo Area de la Bahia, delivering reports in Spanish, and produce relevant and accurate news content for our social media platforms.Previously, I anchored and reported at KGPE in Fresno, KVIA in El Paso, Texas, and KJCT in Grand Junction, Colorado.”

“I also worked as a correspondent at Channel One News, which delivered current events newscasts into 8 million middle and high schools across the country,” she says on the official page of Emmys, the National Academy of Television Art and Science, where she became one of the governors replacing John Linn for 2022-2023.