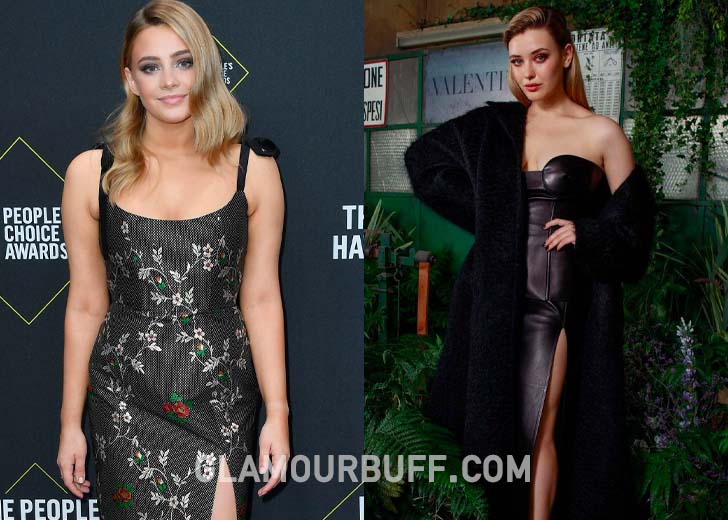 All about Josephine Langford and Katherine Langform’s rumored beef.

There are many famous siblings in Hollywood, but Josephine Langford and Katherine Langford are ones you probably didn’t realize were connected.

Josephine is well-known for her role as Tessa Young in the After film series, while her sister rose to prominence thanks to her depiction of Hannah Baker in Netflix’s 13 Reasons Why.

Even though they work in the same field, the two have kept their sisterhood a secret, preferring to separate their personal and professional lives. In fact, if it weren’t for the stars having the same surname, fans would have no idea they were related since they don’t speak much about each other.

The Langford sisters have yet to collaborate on a large project as a group, which might explain why many fans haven’t realized they’re siblings. The two also rarely post on social media; when they do, it’s to promote their projects rather than provide personal updates.

Since the sisters rarely interact on the internet and don’t share about their family and parents, many believe they have a feud. So what is the truth?

Is there really a feud going on between the Langford siblings? Read more to find out.

No, there is no feud between the siblings and their family. Instead, they simply choose to separate their professional and personal life.

Josephine claimed in an April 2019 interview with W Magazine that she and her sister don’t even discuss their careers at home. She said, “Everyone asks me that, and honestly, the answer is no. Not to sound arrogant, but we both sort of know what we’re doing.”

Although the sisters’ desire for solitude is reasonable, some fans believe there’s another reason Katherine and Josephine don’t speak about one other — they’re beefing.

Katherine Langford does not have any beef with her sister, Josephine Langford. (Source: Instagram)

However, the After actress was eager to defend her connection with her sister. She told Refinery29 in April 2019 about how she does not understand the internet and the rumors that surface there.

She added, “We both got into acting on our own, completely separately, with nothing to do with the other one. We both grew up in this family, with parents that weren’t particularly creative and were both interested in creative things.”

Fans’ theories were based on that Katherine and Josephine do not follow each other on Instagram or have photos together on the app. Josephine told everyone that it didn’t matter.

She opened up about how she rarely uses Instagram and how no one has questioned her choice to follow or not follow someone. According to her, this is because everyone understands it has nothing to do with significant individuals in her life.

Unfortunately, fans tend to overanalyze Katherine and Josephine’s statements about each other to support their hypothesis of a conflict between them. Josephine is aware that their connection is being scrutinized, but she tries not to let it go to her head.

She talked about a YouTube video that acted as “proof” to show she was not on good terms with her sister. The video was a compilation of little things she did in interviews and stitched together.

“I think when you have limited content of someone, and I’m definitely not helping that, you just sort of take little parts of what you know about a person, and you extrapolate it,” Josephine explained.

In the same interview, Josephine quipped that she and her sister might be the next Elle and Dakota Fanning since she would “100%” undertake a project with Katherine if given a chance.

Meanwhile, Katherine has said fewer things about Josephine compared to her sister. The Knives Out star revealed in an interview with Fox 5 DC in November 2019 that she hadn’t watched After yet after its release.

She owned it to her hectic schedule, but she was determined to see it eventually to support Josephine. She said, “It’s so bad! I have so many films that I need to watch right now, and I have a bunch of them on my list so yeah, I’m going to get to it!”

Posted on September 29, 2021July 28, 2022
Jack Manifold, known online as JackManifoldTV, is a rising English YouTuber and Twitch streamer who came into the limelight after becoming a member of...
Read More