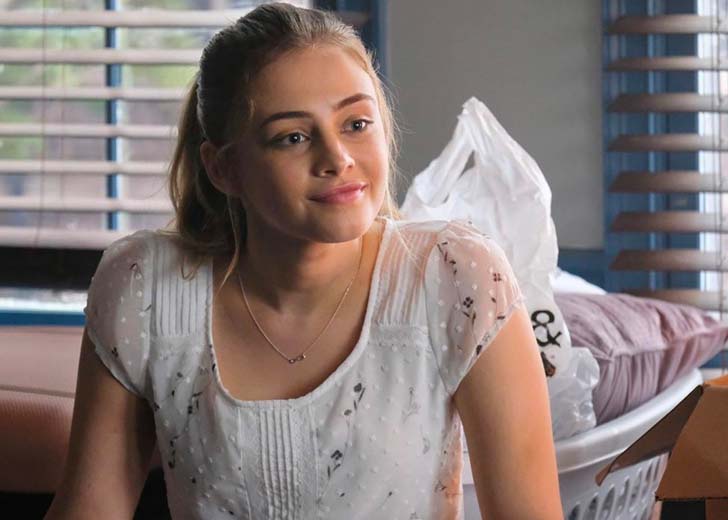 All about Josephine Langford’s love life!

Josephine Langford is one of the known names in the entertainment industry for two reasons — her acting skills and actress Katherine Langford‘s younger sister. But the latter part has nothing to do with Josephine’s fame as she has earned it on her own.

The Australian actress primarily gained the limelight after starring alongside Hero Fiennes Tiffin in the After film series. In the film series, which has four movies till now, she portrays the role of Tessa Young.

In addition, Josephine has appeared in other movies and TV shows, such as Wolf Creek, Day by Day, Moxie, and The Great Gatsby Live Read!. Furthermore, she is set to appear in two upcoming films; Katy Gibson in Gigi & Nate and Zoey in The Other Zoey.

With her growing popularity, people became more invested in knowing more about her, especially her personal life. So, is Josephine Langford dating a boyfriend? Here is everything you need to know!

Langford’s current relationship status is unknown, and it cannot be confirmed whether she has a boyfriend or not. The actress has always been keen on keeping her love life in the darkness.

Similarly, we couldn’t find any clue about her having a partner via her social media handles. On Instagram, she has over 4 million followers; however, she rarely makes any posts on the social media platform. To date, she has only 15 posts on her Instagram feed.

She gave insight into why she is rarely active on the photo-sharing platform during her April 2019 interview with Refinery29. She said, “My brain has so many qualities that do not work with social media. I’m an overthinker, I’m overly private.”

“And those two personality traits just do not work when it comes to Instagram. No one I know [in real life] has ever asked me why I follow this person or why I don’t follow this person, because everyone knows it has absolutely no correlation to people who are important in my life.”

In the end, Langford added that she doesn’t even check her Instagram feed and then summed up her whole statement by saying, “It’s meaningless.”

Likewise, she talked more about why she keeps her private life low-key in her April 2021 interview with Cosmopolitan. “It’s a bit of a dilemma, being an actor. I know that. But otherwise, I’m a relatively private person.”

“I feel like when you get into this industry, it’s so important to have your boundaries. That’s just something I’m trying to do at the moment. Maintain boundaries,” Langford added.

Although Langford rarely shares anything about her personal life with the media or public, she has previously shared her views on relationships. And it happened during her interview with StyleCaster in October 2020.

In the interview, she first said that her view on relationships changes over time, but at that time, her opinion was that relationships should be easy. She then took a moment to reflect on her and Tiffin’s character’s on-screen romance in the After film series.

She said, “After characters, Hardin and Tessa, have a very difficult relationship and a very challenging relationship. It’s not the ideal relationship. That’s not what the story is. That’s actually what the whole story is about.”

After saying that, Langford said, “For me, personally, I think it should be easy. It should be simple. It’s important to know that [Hardin and Tessa’s relationship] is not the norm. In real life and not in fiction, if you’re in that situation, you have to be very aware of what’s going on.”

Josephine Langford was once linked to Hero Fiennes Tiffin

Since the After film series was released, starting with 2019’s After, fans of the franchise have been shipping the duo of Langford and Tiffin. And since their characters were based on a One Direction fanfiction by Anna Todd, it was natural for people to wonder if the two co-stars were dating in real life.

So, the big question is: Are Langford and Tiffin dating? Sorry to say, but the answer is a big no. The two co-stars are only good friends who did a fantastic job as an on-screen couple; there is nothing more to that.

Josephine Langford as Tessa and Hero Fiennes Tiffin as Hardin in ‘After We Collided’ (Photo: Open Road Films)

Besides, Langford even told Cosmopolitan that fans will “ship anything.” The actress then gave one example of that and said, “A lot of my friends are getting DMs [from fans], and one of them got a message like, ‘Do you know Jo?’”

“And he very jokingly said that we were engaged, because he thought it would be hilarious. And then everyone started to think that we were,” she added.

And if that isn’t enough to prove that the on-screen couple isn’t a real-life couple, then you might want to hear from the actor, who has also declined the rumors multiple times over the years.

One of those instances came during Tiffin’s October 2020 interview with Entertainment Tonight, where he mentioned that he and Langford are “good friends.” So, that does it then — there isn’t anything romantic between Langford and Tiffin.

How Old Is Journey River Green? All about Megan Fox and Brian Austin Green's Child