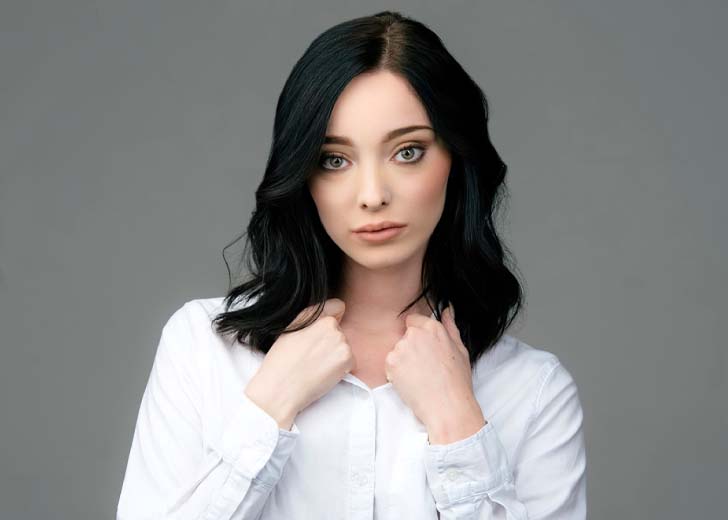 FYI, Emma Dumont started her acting career at the age of 12.

Emma Noelle Roberts, commonly known as Emma Dumont, is an American actress, model, and dancer. She rose to prominence after some great performances in popular series and movies.

She is most recognized for starring in the web series T@gged and starring as Melanie Segal in the ABC Family comedy Bunheads.

Dumont was also a cast member in the NBC series Aquarius as Emma Karn, the series’ central character. The show lasted 24 episodes.

She has also acquired a huge number of admirers for her portrayal as Lorna Dane/Polaris in the FOX series The Gifted.

Since her popularity, fans have been interested in their idol’s dating life. So here is everything you need to know about Emma Dumont’s relationships, boyfriend, and more.

Emma Dumont is not dating anyone at the moment

According to DatingCelebs, Dumont is not dating anyone right now, and the actress is single as of 2022.

Like many celebrities, Dumont keeps her personal life out of the limelight. So it is not precisely known if the diva is currently dating someone. But again, popular sites like CelebsCouples confirm that she is single.

Emma Dumont was rumored to be dating her co-star

According to the CelebsCouples, the actress previously dated her co-star from the series T@gged. She was rumored to be dating Lukas Gage back in 2017.

The pair went hiking together and posted cute pictures online.

The media exploded with rumors of their potential romance after the pair’s photo appeared on each of their social media accounts. However, the actor continued to mock the rumors about their love lives.

Neither of them has ever confirmed or shed light on the rumors.

Not much is known about Dumont’s previous relationships and partners, as she is exceptionally private regarding her relationships. However, Dumont has never been engaged or married before.

Emma Dumont started learning ballet at the age of 3

Dumont was born in Seattle, Washington, on November 15, 1994. No information about her parents and siblings is available as she keeps her family out of her professional matters.

She was home-schooled to pursue her career in modeling and acting. She began studying ballet at the age of 3.

She started performing in community theater when she was six years old, including appearances at the Seattle Public Theatre and the Seattle Musical Theatre, among many others.

Emma Dumont started her acting career at a young age

The actress started her acting career at a very young age. Dumont’s first appearance was in True Adolescents in 2007, when she was 12 years old.

In 2008, she starred in the film Dear Lemon Lima. Both movies were filmed in Seattle, Dumont’s hometown.