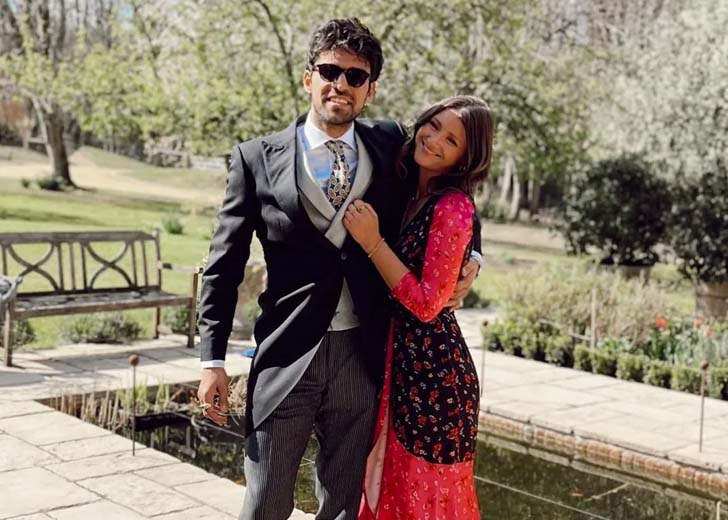 Sean Teale has apparently been together with his woman partner since 2018.

Sean Teale is a British actor of Venezuelan, Spanish, and Welsh ethnic backgrounds.

He is best known for his work as Nick Levan in Skins, Prince Condé in Reign, and Ben Larson in the Syfy series Incorporated. He also appeared in The Gifted, a Fox sci-fi/drama series.

Fans are often curious about their favorite actors from their favorite show, their personal life, and romances, and it’s no different in Teale’s case.

So here is everything you need to know about the love life of The Gifted star Sean Teale.

Sean Teale has been dating his girlfriend Jelly Gould since 2018

Teale is currently dating Jelly Gould, a senior creative producer from London, United Kingdom. But there is not much information about her personal life, childhood, and family online.

Teale and Gould have been pretty open about their relationship on their social media accounts. We can see the couple sharing adorable pictures.

They recently celebrated Teales’ birthday together, and Gould took to Instagram to post the pictures with the caption, “A very special Barca birthday @seanjamesteale.”

The couple has been living together since 2021

They are not yet engaged or married. However, Gould shared a picture back in 2021 hinting that the couple had moved in together.

She shared a picture of Teale in their new home with the caption, “Settled in and suitably smug. Happy lovers day folks, from me and mine!”

Teale has been in a couple of relationships before dating Gould. He was previously in a relationship with Phoebe Dynevor, an English actress.

She is now known for her role as Daphne, the fourth Bridgerton child, in the Netflix period drama Bridgerton.

Not much about their relationship timeline and the reason for their breakup is known except that the couple dated in 2017, according to whosdatedwho.

Between 2014 and 2016, Teale was similarly in a relationship with his Reign co-star, Australian actress Adelaide Kane. Their relationship made headlines back in 2014.

And fans were happy to see the two actors from their favorite show date in real life. However, the couple didn’t last, and they broke up in 2017.

There was no formal confirmation or proclamation regarding the couple’s breakup.

Shortly after their breakup, Kane began dating her Into the Dark co-star Jacques Colimon in July 2019. The pair later separated in 2020.

Kane came out in February 2021 as a bisexual, after which she began dating Dutch model Marthe Woertman in April 2021.

Sean Teale debuted through a short film in 2010

Although the actor is most recognized for his roles in TV shows, his first performance was in a short film called Sergeant Slaughter, My Big Brother in 2010, which was critically acclaimed, and won Best Direction at the Chicago Short Film Fest.

Teale appeared in his debut TV series, Summer in Transylvania, the following year.