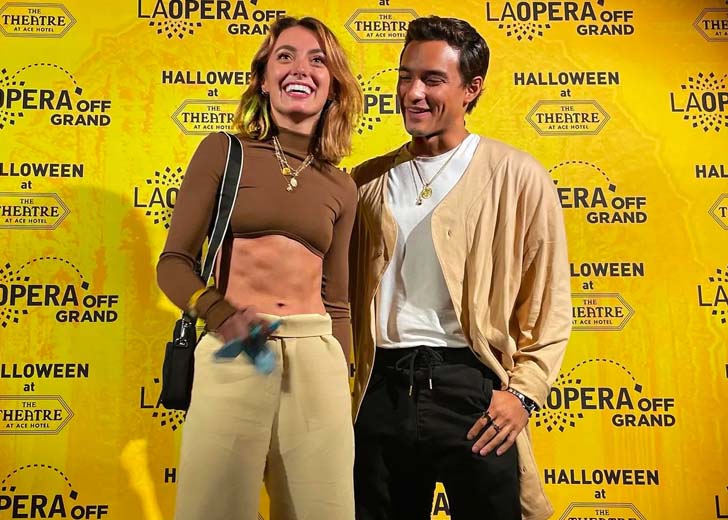 An inside look at Brandon Perea’s love life.

Brandon Perea is a talented American actor who is making his way toward the top of the entertainment industry. He came into the limelight for his performance in Netflix’s Sci-fi drama show The OA.

In the show, he portrayed the recurring role of Alfonso Sosa, aka French, and appeared in 12 episodes over the course of two seasons. However, after season two premiered in March 2019, it was never renewed for another season and was ultimately canceled by Netflix.

Following Perea’s appearance in The OA, he appeared in a few movies and TV shows. And now, the actor is set to play one of his most significant roles in a film, which is the role of Angel Torres in Nope.

Perea’s growing popularity has led people to dive deep into his profile. But some people have been following the actor since the start. And they want to gain more details about him, especially his personal life.

However, in the past, Perea’s private love life has misled some to wonder if he was gay. Another reason why people thought he was gay was because his character of Alfonso Sosa, aka French, in Netflix’s The OA was gay.

But that’s not true, and the gay speculations are false. Besides, the 27-year-old actor is relishing a romantic relationship with his partner.

Who is Brandon Perea dating?

Perea is presently in a relationship with his girlfriend, who goes by the name of BKLYNN on social media. BKLYNN might be an acronym for Brooklyn. Additionally, Brooklyn uses they/them as their pronouns.

As of this writing, it’s unknown when and where the couple first met each other. But when we dived deep into Brooklyn’s Instagram handle, we found out that Perea has been interacting with his partner’s Instagram posts since December 2018.

So, it might be possible that the two might have known each other through some mediums and remained friends for a while before they started dating. It’s also possible that they were dating from the start and kept their togetherness hidden from the outside world.

Whatever the possibility, one thing is for sure; the actor first featured his girlfriend on his Instagram handle on December 9, 2021. Perea posted a picture with Brooklyn from when they attended the screening of Halloween at The Theatre at Ace Hotel.

On the other hand, Brooklyn first shared a picture with their boyfriend on July 12, 2021, with the caption, “goobers <3.” Under the post, Perea had commented, “Met you in line for The Salty Spitoon, but I couldn’t get in, so I had to go to Super Weanie Hut Jr’s.”

Since then, the couple has posted pictures alongside each other occasionally. But when they do, they often share some adorable photos. One example is when Brooklyn posted a series of images from their Valentine’s Day celebration in 2022.

Likewise, on May 11, 2022, the actor took to his Instagram handle to share multiple pictures with his partner. In the caption, he first wrote, “Life is better with you B!!!” After that, he wished his “love” a happy birthday.

More recently, on July 11, Brooklyn posted pictures from their outing to different places with their boyfriend. In the caption, they wrote that they are very proud of Perea. And in reply, Perea commented, “I LOVE YOUUU!! THANK YOU FOR CHANGING MY LIFE FOR THE BETTER EVERY SINGLE DAY!!!”

Going by all of those pictures and cute words, it’s only fair to say that Perea and Brooklyn are totally in love with each other, and their well-wishers will see more of their love in the future.

Who is Brandon Perea’s girlfriend?

Perea’s girlfriend, Brooklyn, is an aspiring singer who has collaborated with some aspiring singers as well as released their own music on their self-titled YouTube channel.

Brooklyn recently released their new song titled ‘Change’ on June 3, 2022, and their new track titled ‘Summertime’ will be released this Friday, July 15, 2022.

Additionally, their Instagram bio mentions that they are the creator and co-founder of OUT OF POCKET PROJECTS. They co-founded it with their friend Jaya Kang, an art director and photographer.

Through OUT OF POCKET PROJECTS, the two friends shoot, edit, style, produce, direct, and create graphics for several interested artists.

Besides these details, there is little to no information about Perea’s partner, including her exact age [her birthday falls every year on May 11], family, early life, education, and more.