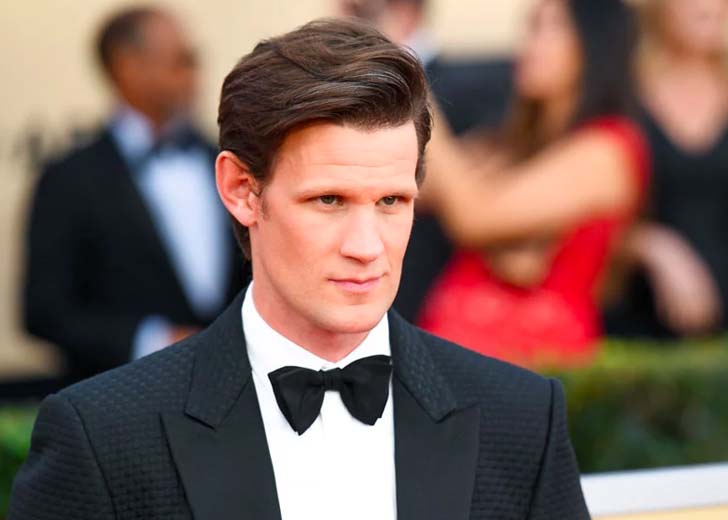 Does Matt Smith have any eyebrows?

Matt Smith is best known for his role as the eleventh incarnation of the Doctor in the TV show Doctor Who. He was the youngest person to bring the character to life as he played the role from 2010 to 2014 in 54 episodes.

Apart from the BBC show, the actor has appeared in movies and TV shows like Party Animals, Womb, Terminator Genisys, The Crown, Last Night in Soho, and Morbius. He even got nominated for a Primetime Emmy for his performance in The Crown.

As of now, Smith is gaining the spotlight for his role as Prince Daemon Targaryen in one of HBO Max’s most anticipated upcoming television shows, House of the Dragon. The series is a spin-off of Game of Thrones and is currently in the post-production stage.

With the spotlight via House of the Dragon, one of the most talked about things about the actor has once again filled the internet. And it’s none other than Smith’s eyebrows, which are often missing.

The non-stop talk about Smith’s disappearing eyebrows started in late 2011 or early 2012 when everyone noticed the actor for his appearances in Doctor Who. And it escalated quickly.

So, what’s with Matt Smith’s eyebrows? Well, after some internet users first pointed out Smith’s missing eyebrows, fans started to google his name and couldn’t believe that it was actually true.

And if you do the same, you could notice that in some of his pictures, he has full eyebrows, whereas, in some photos, he is completely missing his eyebrows. Similarly, in some of the images, his eyebrows are vaguely there.

But the fans aren’t the only ones that have noticed Smith’s missing eyebrows, as some celebs have noticed it too. And one of them is his Doctor Who co-star Karen Gillan.

In one of her interviews in 2014, the Scottish actress was asked when she started to notice that Smith’s eyebrows were disappearing. Her reply was shocking and hilarious, in its own terms, as she said, “What do you mean started? They were never there.”

Matt Smith and Karen Gillan on the first day of ‘Doctor Who’ (Photo: Twitter)

As for what’s the actual reason behind Smith’s ever-so-appearing and disappearing eyebrows, the mystery is yet to be solved. And considering the topic has been going on since 2012, it might remain under the same condition for a long time.

When HBO Max released some exclusive pictures from the Game of Thrones spin-off, House of the Dragon, in May 2021, people were again talking about Smith’s missing eyebrows.

For instance, on May 5, 2021, one Twitter user retweeted a picture of Smith and Emma D’Arcy and wrote, “Matt Smith’s eyebrows have finally fled this mortal plane.”

Similarly, when a new teaser for the upcoming show was released on October 5, 2021, a Twitter user took a screenshot of Smith’s character and wrote, “I didn’t think it was possible for Matt Smith to have less eyebrows, but Game of Thrones somehow did it.”

And the saga of the actor’s eyebrows has continued for years as one user tweeted in January 2015 that “Matt Smith’s eyebrows spend 100% of their time not on his face.” The same user wrote in September 2015 that Smith has Britain’s most invisible eyebrows.

“Matt Smith has no eyebrows; why has this never been brought to my attention before,” another user tweeted in September 2019.

Besides Twitter, there have been many talks on the same topic on Reddit as well. On a Reddit thread created in January 2012, the creator posted a picture in which they swapped Smith’s eyebrows with David Tennant’s and said, “My brain doesn’t know how to react.”

Under the thread, one had commented, “I have never noticed Matt Smith doesn’t really have eyebrows… when did this happen?” “Same thing happened to me. I had to google Smith after I saw this,” another user replied.

In another comment, one Reddit user commented that they now realize why Smith looks like he has a giant forehead. Similarly, another user had written, “Today I realized Matt Smith hardly has eyebrows.”

On the other hand, many Redditors had commented that they didn’t like the original creator’s idea of giving Tennant’s eyebrows to Smith and vice versa, as it scared them. “Matt Smith scares me right now,” one Redditor wrote.