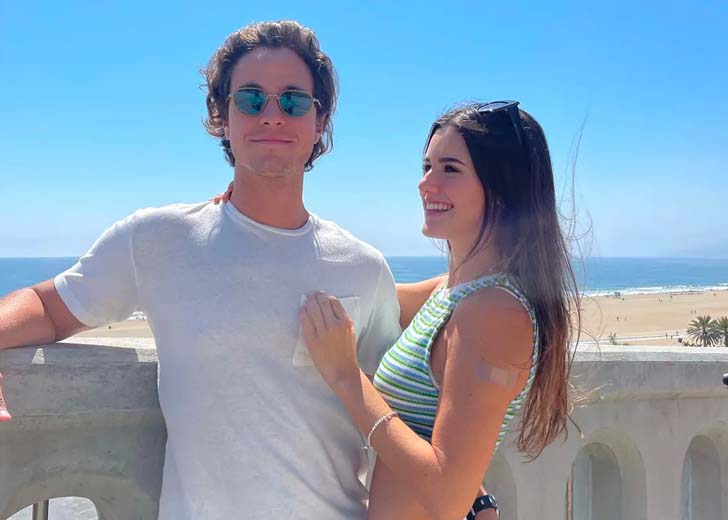 Michael Ronda got fame after being cast in Netflix’s ‘Control Z.’

Michael Ronda, born on September 28, 1996, in Mexico, has starred in the feature films such as La Noche del Pirata and Bacalar. He is also well known for playing Poncho in the television series Como dice el dicho.

The actor has been making news since 2020 for his outstanding performance in the Netflix series Control Z.

On the other hand, Ronda is dating Instagram sensation Karena Flores, and the couple has posted several lovely images for their fans on social media.

Here’s everything you need to learn about the Control Z actor and his girlfriend.

The date they started dating is unknown; however, both of them do not shy away from showing their romance off to their fans. The actor and the social media personality share many cute photos and videos on their Instagram handles.

On the other hand, Ronda has frequently appeared in romantic scenes with his co-star Valentina Zenere, and their fans were shocked to learn that they were close in real life.

This caring relationship started on the set of Soy Luna in 2016 and continued for a while after the filming, but after 2019 they did not appear together. Neither had confirmed their relationship.

Flores is a social media sensation who rose to prominence through Instagram. She joined Instagram in July of 2018. As of 2022, she has over 220,000 followers on Instagram for her fashion modeling, lifestyle, and adventure posts.

She regularly features her boyfriend, Ronda, on her Instagram posts.

Michael made his debut on the big screen in 2009 after receiving his first acting break in Cada quien su Santo. He then appeared in the 2011 film Power of Destiny as the character Camilo (niño).

This stunning actor got cast in the first season of Control Z as Javier Williams, who challenges Raul for Sofia Herrera after falling in love with her.

To continue his love connection with his on-screen girlfriend Ana Valeria Becerril, Ronda returned for Control Z season 2 in 2021. Today, Ronda’s notoriety has reached the pinnacle of success for his appearance in Control Z season 3.

Ronda was most known among his fans before joining the cast of Control Z in 2020 for his role as Simón Alvarez in producer Jorge Edelstein’s television series Soy Luna, in which he appeared in 220 episodes with Karol Sevilla, Ruggero Pasquarelli, and Valentina Zenere.

Posted on August 11, 2022August 11, 2022
"I'm also not dating anybody, so whatever is being put out there is fraud information," DiLiegro captioned a photo.
Read More