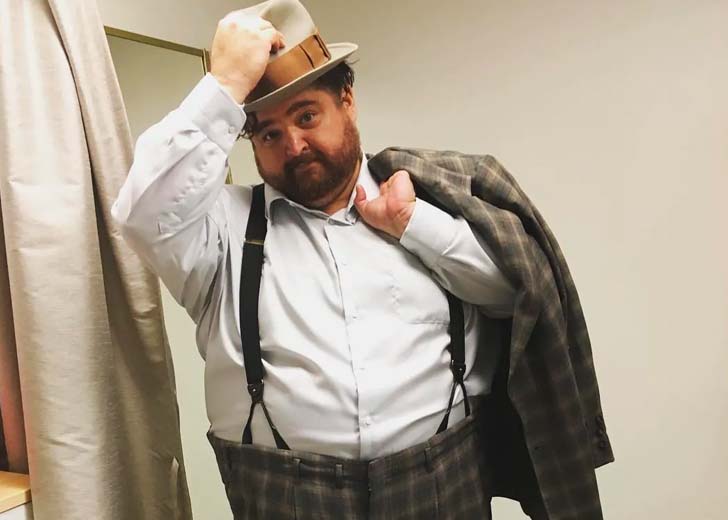 Jorge Garcia initially came to the limelight for his performance as Hector Lopez in the TV show Becker. But he truly gained prominence for his portrayal of Hugo “Hurley” Reyes in the ABC serial drama Lost.

Apart from his brilliant acting skills, his weight has also made people talk about him. Since his initial days in the acting industry, the American actor’s overweight body has raised concerns from many, including his family and friends.

Besides, when he appeared in Lost from 2004 to 2010, the show’s producers were also worried about his health and wanted him to go through a weight loss journey. At the time, Garcia weighed nearly 400 lbs.

Thankfully, those concerns were slowed down after a while when he finally decided to lose weight. But how did he do so? And how much weight did he lose? Keep on reading to learn about his weight loss and his current whereabouts.

Garcia’s decision to shed some sweat and lose weight only came after several cast and crew members, as well as the producers of Lost, raised concerns about his weight. Even the media had called him the largest cast member of the ABC show.

The actor then formed a group of trained coaches and started following diet plans with high proteins and low carbohydrates. In addition, he decided to give up all forms of alcohol. And as a result, he lost 30 pounds of weight.

In the March 2006 issue of Maxim, he revealed his weight loss of 30 lbs. “I can afford to not live on rum and burritos and take better care of myself. Besides, there were enough people who were waiting for my character to lose weight as a result of being stranded on a desert island,” he added.

Years later, Garcia took another big step in his weight loss journey and decided to go vegan in 2011, eliminating all animal-based products from his day-to-day diet. And as he also eliminated dairy products, he started making his own homemade almond milk.

Later that year, in July 2011, the comedian went on stage and talked a bit about his vegan routine at the Laugh Factory in Hollywood. And while doing that, he even took a moment to dig at his fellow vegans in the audience.

This again made his well-wishers worry about his weight, and some were so concerned that they believed that if Garcia gained more weight due to his unhealthy diet, he might even die. Moreover, some even suggested that the last option was gastric bypass surgery.

A source close to Garcia even told National Enquirer in January 2014 that if the actor didn’t reduce his weight, he would be facing different health problems, including diabetes two and heart disease, ultimately causing a heart attack.

They said, “We’re talking Type 2 diabetes or, worse, a heart attack. No one wants to see that happen to him. Jorge is one of the nicest, gentlest souls you’d ever meet, but he just can’t keep the pounds off.”

Fortunately, his family and friends’ worries were good enough for Garcia to recontinue his diet plans and again embrace the weight loss journey. Similarly, he started to follow the Nooch diet, which included deactivated yeast and eating lots of vegetables, spinach, and protein.

He also did workouts, and all of his hard work and dedication gave him good fruit as he was able to lose 100 lbs of weight in three years. Even after that, the actor didn’t put a stop to his diet and continued his weight loss journey.

Where is Jorge Garcia now?

People didn’t see much of Garcia since 2019, when he departed from the CBS series Hawaii Five-0. While on the show, the actor was much slimmer, meaning he had continued his diet plans.

Moreover, Garcia’s last public appearance came on September 16, 2018, when he attended the 50th anniversary of the TV series and the premiere of Magnum P.I. held at Queen’s Surf Beach in Waikiki, Hawaii.

And since he wasn’t for much in public, people were worried about him. However, the worries ended in late March 2021 when he was seen running errands in the San Fernando Valley, Los Angeles, alongside his actress wife, Rebecca Birdsall. At the time, Garcia seemed to have put on a bit of weight.

As for what he is up to now, the actor is relishing his days as a father. Garcia married his actress wife in June 2019 after being in a relationship for nearly six years after meeting on the sets of Hawaii Five-0.

On November 6, 2021, the actor took to his Instagram handle to announce that he had become a father. He posted a picture of his baby girl holding his hands — the image was captured in the hospital.

On June 19, 2022, Garcia posted another picture via Instagram on the occasion of Father’s Day. More recently, on Wednesday, July 6, the actor shared a photo where he was seen playing with his daughter and pet dog. To conclude, it seems like Garcia is relishing his fatherhood days at the moment.