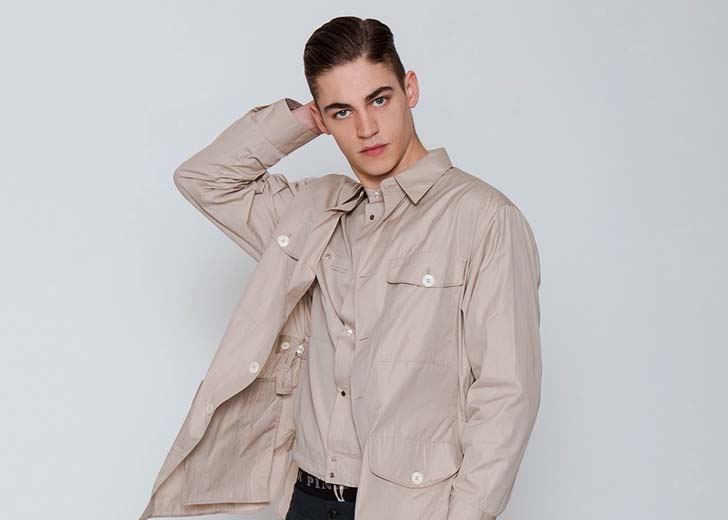 Hero Fiennes Tiffin has rarely spoken about his personal life in public.

Hero Fiennes Tiffin, renowned as Hardin Scott in the movie series After, is usually amongst the talks either for his rising career or for his secret personal life.

And because he manages a secret personal life, there have been many rumors, including him dating his After co-star Josephine Langford. Many a time, fans have also speculated about him being gay because he was once a subject of gay attraction in a short film.

But has he ever dated his co-star Langford? And in which short film he was the subject of gay attraction?

In the short film, the actor, who also played the young Lord Voldemort (Tom Riddle) in Harry Potter And The Half-blood Prince, visits a mysterious country mansion filled with flowers with his friend, played by Harries.

There, where it is “always spring,” Tiffin comes across Harries’ sister, played by Dagnall, and gets mesmerized by her beauty. After witnessing that, Harries, on the other hand, gets disappointed, as he owns feelings for his friend Tiffin.

In this love triangle, the actor becomes subject to gay attraction while he lets his heart drown for exquisite lady Dagnall.

But netizens have tried to associate gay speculations around Tiffin on the basis of this short film which is wrong and baseless. Even though the actor has not been vocal about his personal life, he cannot be tagged with false speculations.

The on-screen chemistry between Tiffin and Langford in the After movie series is beyond amazing. Although the plot of the film series throws them into a difficult and challenging relationship journey, they look absolutely “made for each other” kind of couple.

Their chemistry on-screen was so real that people started wondering whether they were also real-life couples.

Well, it can be disappointing to hear, especially for After fans — the two have not dated each other so far. This confirmation has been done a few times by both the actors during so many of their interviews.

Speaking to Cosmopolitan in April 2019, Langford even said that fans would “ship anything.”

Hero Fiennes Tiffin has never had a proper girlfriend

Yes, Tiffin has not been in a relationship so far, and he hasn’t had a proper girlfriend in his life ever. As shocking as it can be, it is true.

This big revelation was done by no one but the actor himself. While speaking to Elle in February 2019, the actor disclosed the fact about his personal life.

“I’ve never had, like, a proper relationship. I haven’t had a girl I would call my girlfriend,” he said.

But that does not take away the fact that he remains a heartthrob to many of his fangirls. In addition, he is talented, humble, and lovable. Therefore, sooner or later, he is to find the one with whom he will cherish the rest of his life in love.