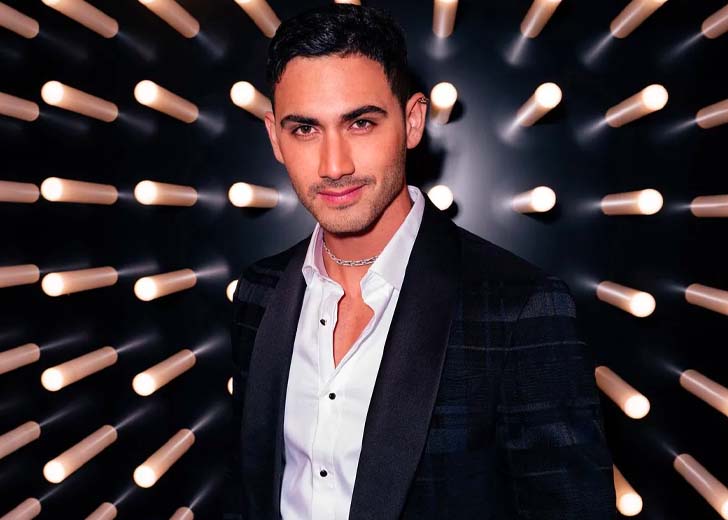 “To stop segmenting, and to realize that the path of evolution, for me, start with equality,” the actor says.

Alejandro Speitzer was wrongfully labeled gay because of his on-screen portrayal of LGBTQ+ characters. But, since revealing that he was dating actress Ester Exposito, he has put gay rumors to rest.

Alejandro, a 25-year-old Mexican actor, is best known for his role in the Netflix crime series El Club. However, Speitzer has long been a famous actor in Mexico.

He is currently starring in Netflix’s new Mexican thriller drama series Oscuro Deseo, also known as Dark Desire. The second season of the show was released in February 2022.

Fans have been curious about the Mexican actor’s dating life since the release of his new Netflix series. Continue reading to find out how the gay rumors surface and his love life.

The rumors became stronger when the actor posted a photo of himself kissing his co-star Erick Elias for LGBTQ+ Pride Month on June 29, 2019. The image was captioned “Amor es Amor,” which translates to “Love is love” in English.

The two actors are seen in the photo sharing a passionate kiss.

However, it was later revealed that the image was a scene from the theatre play Straight, written by filmmaker and playwright Manolo Caro. The play had its world premiere in Mexico at Teatro Milan.

On the other hand, as stated earlier, Speitzer’s involvement with women and his present dating life — which we will discuss below — clarifies that he is not gay.

Meanwhile, the actor is a great supporter of the LGBTQ community, and gay people thank him for his support time and again.

For instance, Speitzer posed wearing dresses for the “label-less” issue of Badhombre Magazine.

“Alejandro is a great ally and in the years that I have known him, he has always been committed to making the struggle of minorities visible through his work,” the outlet pointed out in the editorial.

It further read, “Why is it that a cisgender straight man can wear a dress and be celebrated, and other people are killed in the streets for the same thing? Why should clothing define someone’s gender identity, and not just be another tool of expression?”

The actor also encouraged people to start treating everyone equally. He said, “We live in a society in which men are encouraged to distance themselves from their feminine side.”

“For me this was a form of free expression. To stop segmenting, and to realize that the path of evolution, for me, start with equality.”

The couple was first spotted together on the streets of Madrid in October 2019, when the actor was seen spending time with Exposito and her mother.

According to their Instagram, the actors have been dating for a long time. On May 5, 2020, Speitzer posted a cozy photo with Exposito on his Instagram account, confirming their relationship.

Similarly, on July 13, 2020, actress Exposito posted a picture of Speitzer on her Instagram account. “Roma e tu,” the caption read, along with a heart emoji. The English caption translates to “Rome and you.”

Before his relationship with Ester Exposito, the actor was dating his co-star Minnie West. The pair co-starred in Netflix’s El Club, also known as The Club.

According to media reports, Alejandro reportedly dated Minnie West from 2014 until the couple split up in 2019. The couple was seen actively sharing photos on their Instagram accounts throughout their relationship.