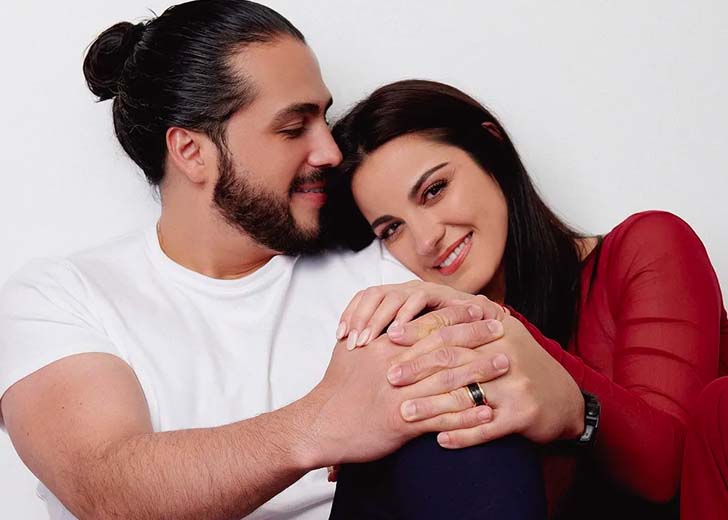 “When life gives you the opportunity to start over, do not hesitate to ask from the deepest part of your heart what your soul longs to find,” says Perroni.

Maite Perroni Beorlegui, shortly Maite Perroni, is a Mexican actress, singer, and songwriter. She first rose to prominence as a member of the Latin Grammy-nominated Latin pop group RBD in 2004.

Perroni’s career began in 2004, and she has since been in several television shows. As an actress, she is best recognized for her roles in the Mexican drama Rebelde and the Netflix original series Dark Desire.

Since she rose to fame, fans have been curious about her love relationships, so here is everything you need to know about the actress’ relationships and more.

Maite Perroni is dating her friend of 20 years, Andres Tovar

Perroni is dating her boyfriend, Andres Tovar. He is a producer and filmmaker from Mexico.

They were good friends for a long time before dating — and Perroni and Tovar’s friendship began more than 20 years ago.

In October 2021, the couple announced their relationship via social media.

In the announcement post, the actress also talked about her friendship with her now-boyfriend, writing, “We have been friends for 20 years and this year we found that we were going through the same process: each one of us was in mourning for having ended a sentimental relationship.”

She further added that the two allowed themselves to discover each other as romantic partners in 2021 for the first time. And that could happen because they were going through the same process, which was split from their long-time partners.

“Today we are very happy together. We ask you to respect our story and whoever wants to be part of it, from love, will always be welcome,” she ended with touching words.

Ever since then, they have posted several pictures with each other.

Perroni and Tovar had previously refuted reports that they were romantically involved. They stated in an interview that they chose not to discuss it, according to SportsKeeda. They did so because they were involved in some controversies.

The couple has now declared that their attorneys have permitted them to make their connection public. They even stated that they had been the victims of manipulation, blackmail, and harassment, which had disrupted their lives.

In the post mentioned above, Perroni also wrote, “When life gives you the opportunity to start over, do not hesitate to ask from the deepest part of your heart what your soul longs to find; this will never cease to surprise you..”

“A few months ago, a magazine published a series of lies about us, defamed and caricatured us. We didn’t talk about it before because we found ourselves acting legally, but today, our lawyers allowed us to do so,” she wrote, addressing reports that she was the “third” in their relationship.

Apparently, all those things happened because her now-boyfriend Tovar was in the process of getting divorced from his ex-wife Claudia Martin. Hence, many spread rumors that she was the reason for the couple’s separation. But that is not the truth, as the actress noted in her post.

Andres Tovar was in a controversial marriage with actress Claudia Martin

Tovar was previously married to Mexican actress Claudia Martin, and they got married in 2019 after dating for some time. But it had been a rough time for 28-year-old producer Tovar, who has been caught up in an alleged love triangle, including extortion allegations, lawsuit threats, and turmoil.

It all began in June 2021 when Tovar revealed that he had divorced 32-year-old actress Martin. Hours before his declaration, various online media reported not just their separation but also the involvement of another woman, Perroni.

Tovar denied in his statement that she had anything to do with the end of his marriage. Perroni’s lawyer indicated they would take legal action against Martin to vindicate her name.

On the other hand, for seven years, from 2013 until 2020, the Dark Desire actress was in a relationship with Chilean musician and producer Koko Stambuk. Stambuk is a former lead singer and songwriter of the Chilean pop-rock band Glup!