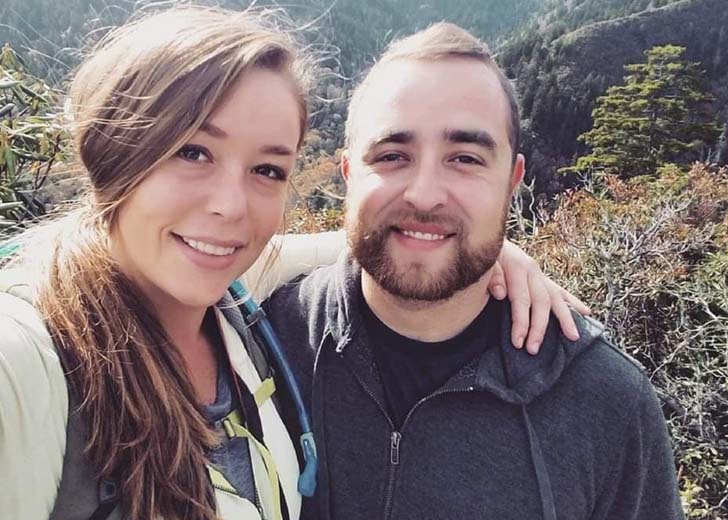 Gabrielle Balassone is a defense lawyer who has been practicing in the field for a long time. She received her Bachelor of Arts degree in Interdisciplinary Studies from the University of Baltimore in 2013 and joined the same university’s School of Law in 2014.

Three years later, she graduated with a Juris Doctor or Doctor of Law degree. In January 2019, she finally started her journey in the legal field when she was hired as a Contracts Administrator at Cockeysville, Maryland-based law firm named Saft.

She worked there till July 2020 and then joined Defense Contractor as a full-time Contract Manager and General Counsel. Since then, she has been a part of the company as she oversees legal matters, tracks and organizes agreements and contract statuses, and more.

While her job as a lawyer is still there, Balassone truly gained the limelight as a survivalist on Discovery Channel’s Naked and Afraid series. She first appeared in a limited number of episodes between 2017 to 2018.

With the fame Balassone has received, people will be eager to learn more about her. And one of the raising questions is about her personal life. So, is the lawyer and TV star married to someone? The answer is yes!

Balassone and her husband, Loera, have been together for a long time — he is a technical trainer and musician. However, many might not know that the couple had only shared the wedding vows a couple of years ago.

Per the licensed lawyer’s Facebook posts, she and her partner have been together since the early 2010s. As their togetherness continued, they established a strong bond, filled with love and respect, that laid the foundation for their long-lasting relationship.

And after years of dating relationship, they finally found a perfect date to walk down the aisle. On January 23, 2019, Balassone and Loera shared the wedding vows in a small ceremony attended by close friends and family members.

The survivalist marked her first wedding anniversary the following year via a special Facebook post. She posted a series of pictures taken alongside her husband and then wrote, “One year ago, we said our ‘I dos.’” As she continued her heartfelt caption, she added more “I dos.”

Some of those were, “I do relish the adventures we share,” “I do realize how much better my life is with you in it,” and “I do enjoy having a partner who understands and respects me.” In the end, she thanked her life partner for being himself and for everything he had done.

As of now, the married couple has been together for more than three years, as they celebrated their third wedding anniversary on this year’s January 23. And considering their bond, they will mark down several more wedding anniversaries.

Gabrielle Balassone and Carlos Loera are parents to three

Not only Balassone and Loera are a cute couple, but they are also parents to three adorable kids. The couple is blessed with three sons named Roman, Tony, and Marco Xavier Loera.

The two welcomed their eldest son, Tony, sometime in 2014 — Balassone was 25-year-old at the time. Similarly, the Maryland-based lawyer welcomed her second child, Tony, on November 4, 2019.

At the time of Tony’s birth at Carroll County Birthing Center, Balassone was 30 years of age. Furthermore, the love birds’ third child, Marco, was born on June 11, 2021, at Carroll Hospital.

Less than a month before Balassone gave birth to her youngest son, on May 25, 2021, she had taken to her Instagram handle to share a collage picture of herself, with her baby bump,  at the last stages of her three pregnancies.

With the birth of their third baby boy, the Balassone-Loera family is quite happy and relishing the time with the newborn. And the married couple is again back to their parenting duties. But, considering they have down well the last two times, there is no need to worry.

Who Is Sean Teale's Wife? Here's A Look Into His Personal Life

Posted on October 10, 2022October 10, 2022
Kyle Richards stated, "She and her husband are a great match, and they get along even better than they do on television."
Read More