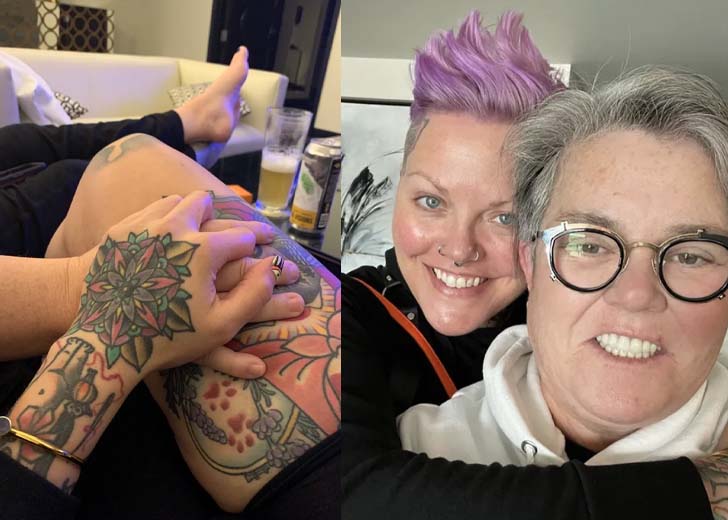 There is a new couple in the town!

Rosie O’Donnell has made her debut red carpet appearance with her new girlfriend, Aimee Hauer.

On Saturday evening, July 16, 2022, the American comedian walked side by side with her new partner as they walked on the red carpet of the Friendly House LA Comedy Benefit held at The Fonda Theatre in Los Angeles.

It is the couple’s first public appearance since making their relationship public in the earlier month. And since their togetherness is fresh, it’s currently unknown how long they have been together.

O’Donnell made her relationship with Hauer public via her Instagram stories on the first day of Pride month, i.e., June 1, 2022. She had reposted a cute-looking selfie that Hauer had initially shared on her Instagram handle. At the time, it was unknown that Aimee’s last name was Hauer.

In the picture, Hauer was seen wrapping her arms around O’Donnell’s neck as they shared a smile. “Happy PRIDE!” Hauer wrote as the caption alongside different emojis, including a rainbow, Pride flag, sparkles, heart, and kiss emoji.

Before the couple went public with their togetherness, the actress had provided a clue about her new romance to her fans. On May 23, O’Donnell posted a picture in which she had rested her hands on a then-unidentified woman’s leg.

In addition, she was holding the woman’s tattooed hands and had written a caption that read, “how’s ur weekend? #spokane.” And now, it has been confirmed that the unidentified woman is none other than Hauer.

On June 1, 2022, Page Six reported Hauer’s statement about her upbringing as a strict Mormon in Boise, Idaho, which she had told on the Lesbian Speaking podcast in 2021.

The outlet reported that the massage therapist married a man at 21 “out of duty” and later gave birth to a daughter named Izzie. However, five years after her marriage to the unidentified man, she filed for a divorce.

However, it wasn’t an easy journey for Hauer as she went through a tough custody battle for her daughter, a court battle that lasted for eight years. And after the years-long battle, she finally got full custody of her daughter.

It’s also reported that Hauer, who has gained over 85,000 followers via makeup tutorials on TikTok, has a son named Elliott, age 15. But her son is from another relationship, whose details haven’t been disclosed.

Furthermore, Hauer also talked about her sexuality in the podcast. She mentioned that it took her years to reconcile with her true sexuality due to what she had been taught since her childhood in the Mormon Church.

Returning to O’Donnell and Hauer, the latter is the first partner that the comedian has gone public in almost three years. Before this new relationship, she was engaged to a Boston police officer named Elizabeth Rooney.

The formerly engaged couple parted ways in late 2019 after being together since November 2017 – they got engaged in October 2018. Similarly, the 60-year-old O’Donnell’s first known relationship was with Kelli Carpenter. They married on February 26, 2004, after being together for years.

Their marriage ended a couple of months later, in August 2004, after being annulled by the California Supreme Court. At the time, thousands of same-sex marriages were annulled by the court.

However, the couple’s togetherness ended in 2007 after Carpenter moved out of their house. While O’Donnell and Carpenter were together, they became adoptive parents to four children; Parker, 26; Chelsea, 24; Blake, 22; and Vivienne, 19.

After O’Donnell’s split from Carpenter, she began dating Michelle Rounds in mid-2011, and they married in a private ceremony on June 9, 2012. In January 2013, the married duo announced they were adopting a baby girl – their adopted daughter, now age 9, is named Dakota.

Less than three years after marriage, on February 6, 2015, O’Donnell’s representatives confirmed that the couple had been separated since November 2014. After the news of their split was made public, the comedian filed for a divorce.

The divorce was settled in October 2015, and O’Donnell was given full custody of their daughter. On September 15, 2017, it was found that Rounds had died by suicide.