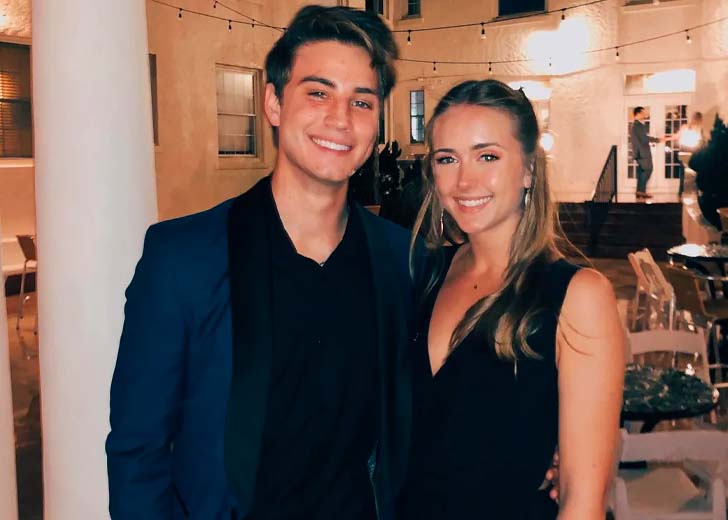 Carson Rowland and his wife Maris Rowland tied the knot in October 2021.

Carson Rowland is a talented American actor best known for his performance in I Am Frankie. In the TV show, he portrayed the role of Cole Reyes in 42 episodes from 2017 to 2018.

In addition, he has gained the limelight for his roles in movies and TV shows such as Tweet: The Series, Sinister Seduction, American Housewife, and Sweet Magnolias. His most recent appearance came in 2022 as Chip in Pretty Little Liars: Original Sin.

With Rowland’s growing popularity, people have become invested in learning more about him, especially his personal life. And those people might be happy to know that the actor is currently in a blissful marital relationship.

Rowland has been a married man for less than a year, but his togetherness with his wife is for many years. His wife’s name is Maris Kenny, or Maris Rowland, a referral coordinator working at Boca General Family Medicine.

After being together for a couple of years, Rowland believed it was the perfect time to propose to his then-longtime girlfriend. As per reports, the actor was supposed to return from Atlanta in mid-July 2021, and Kenny was meant to join him for their return to South Florida.

A night before that, Rowland had planned a birthday dinner and a boat ride for a supposed family friend. However, little did Kenny know that it was all fake, and Rowland planned to propose to her after she returned.

As she returned from the boat ride with a happy feeling of meeting Rowland after three weeks, she saw candles, string lights, and rose petals spread around the dock. And at that moment, she realized what was going on.

Rowland was already there, and when she got near him, he went down on one knee, took out a ring, and proposed to her. She said yes, and they got engaged. On July 11, 2021, the actor shared a picture via Instagram and wrote, “Forever and always.”

And a little over three months after getting engaged, the couple decided to walk down the aisle. On October 16, the actor took to his Instagram handle to share a couple of snaps alongside his now-wife from their wedding day.

Kenny also posted some pictures and wrote “Husband & wife” as the caption. On their special day, the groom donned a classic black tux, whereas the bride looked beautiful in a Hayley Paige bridal gown.

The duo shared more wedding pictures and videos later, primarily by Kenny via her Instagram handle. For instance, on December 17, she posted five minutes and 22 seconds long video that documented the duo’s wedding. “Forever reliving this day,” she captioned her post.

Carson Rowland and his wife, Maris Rowland, during their wedding photoshoot (Photo: Instagram)

Similarly, on December 29, she shared another snap from their wedding. In the caption, she reflected that the best decision she ever made was choosing Rowland and she loves being his wife.

Since their intimate wedding, the married couple has always been together and supported each other in every step of their lives, as they did before getting married. As of now, Rowland and Kenny have been married for almost a year, over nine months, to be precise.

As mentioned earlier, Rowland and his wife’s togetherness goes many years back than when they got engaged or married.

The now-married couple first met each other sometime in 2019. However, the exact date of their initial meeting and how they got to know each other remains unknown. On September 8, 2019, they officially started dating.

But they didn’t announce their togetherness immediately. Kenny went public with her relationship with Rowland on December 23, 2019, as she shared a couple of snaps, one of which was taken at her friend’s wedding.

On the other hand, the actor only went public with his relationship with Kenny on their first dating anniversary. On September 8, he posted three pictures and wrote, “It’s been a whole year! I love you!”

And less than two years after being together, Rowland and Kenny got engaged, which was eventually followed by a wedding.