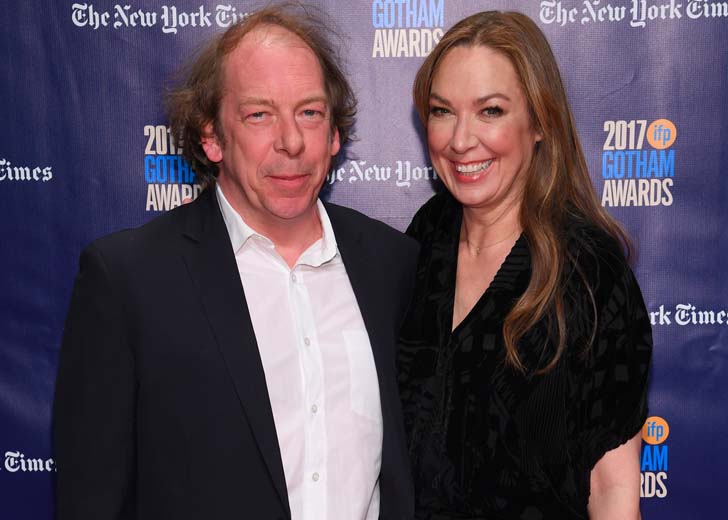 “I’ve always felt there was something inevitable with him,” Elizabeth Marvel shared her impression of her husband.

Actor Bill Camp and his wife, Elizabeth Marvel, who is an actress herself, are two of today’s most in-demand entertainers.

Married for over 15 years, the couple tied the knot on September 4, 2004. And before the wedding, they had dated for 14 years.

Their wedding reportedly took place at Stern Grove, a park in San Francisco, in the presence of their family, friends, and close relatives.

Now, Camp and his wife Marvel are also parents to their only child, a son named Silas Camp. The son was born after three years of the couple’s wedding.

As per IMDb, Silas is now an actor and director, having starred in a cameo role in the film, With/In. Interestingly, he, himself, wrote and directed the mentioned movie.

But how did it all begin? When did the happily married couple meet for the first time? Continue reading to find out!

Camp’s wife first saw the Forensic Files II star in the mid-80s when he was a college dropout, and she was a 15-year-old girl drawing on the floor.

But the actor only saw his wife a few years after that. At the time, he was at Juilliard, working as a work-study audition monitor, and she was one of the young actors hoping to be accepted. She sat in the corner smoking, unconcerned about anything.

This confident young lady dressed in jeans, Wallabees, and an oversized oxford shirt took Camp by surprise. He lit her cigarette and tried to be charming, but he became nervous and couldn’t think of anything.

Elizabeth, whom the actor calls Beth, got her college admission, and Camp gave her a tour on her first day. They continued to talk for three hours after that.

But it wasn’t a date, and neither were the numerous coffee dates they had afterward at Cafe La Fortuna, where John and Yoko used to go. Their first date took place after Camp graduated.

“I’ve always felt there was something inevitable with him. When he and I could finally have a whole evening, I wasn’t going to share it with a bunch of actors,” the Helstrom actress told Vulture, sharing her impression of her husband in the initial days.

Marvel is an actress, who studied at the Interlochen Arts Academy in Northwest Michigan, before attending the Juilliard School.

Her most notable roles include Det. Nancy Parras on The District, Solicitor General Heather Dunbar on House of Cards, and President Elizabeth Keane on Homeland.

Similarly, she has appeared in films such as Burn After Reading, Synecdoche, New York, True Grit, Lincoln, and The Meyerowitz Stories.

Marvel began her career in the 1990s with off-Broadway plays, thanks to her training and talent. In 1992, she made her professional debut in Measure for Measure as Isabella at Canada’s Stratford Festival.