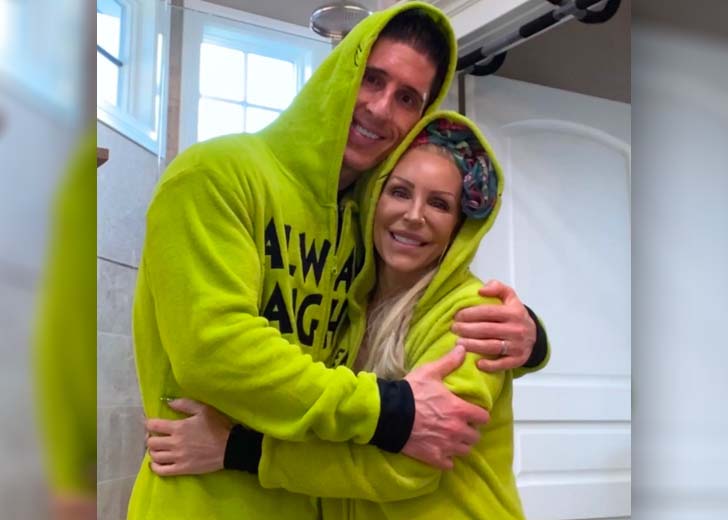 “You are cherished as our world every day,” Jeff Cavaliere said to his wife.

An athletic fitness trainer, physical therapist, and YouTuber, Jeff Cavaliere has been married to his wife for over a decade.

However, the fitness instructor has kept his personal life a well-kept secret. He has not posted his wife’s name or any other personal information about her on the internet.

Learn about his wife, children, and more about their relationship.

Jeff Cavaliere got married to his wife in 2008

All we know is that the fitness instructor married his girlfriend in 2008. Nothing much is known about his wife, and he has also kept her name a secret.

Cavaliere’s wife also seems to enjoy keeping a low profile and living a private life. She is also not available on any social media sites.

Jeff Cavaliere and his wife are parents to twins

After eight years of marriage, in 2016, Cavaliere and his wife had twin boys, Jason and Xavier. However, the exact date of their birth is unknown.

Cavaliere claimed that he and his wife were preoccupied with raising their children once the boys came. He even joked on Instagram on November 1, 2017, saying they hadn’t slept enough in a long time.

According to the 46-year-old social media sensation, his wife was more than just his children’s mother; she was termed “the entire world” by him and their boys.

On Mother’s Day 2022, Cavaliere appreciated his wife for being an excellent mother to their two children. He posted their sweet picture together with a caption that read:

A mother is someone who can take the place of all others…but whose place no one else can take. When it comes to my family, no truer words have ever been spoken. Happy Mother’s Day to you and yours!

He has regularly appreciated his wife for being a fantastic wife and a loving mother to their sons. He explained that they couldn’t thank her enough for her selfless, undying love and support.

“You are cherished as our world every day,” he stated, implying that they would be lost without her.

Cavaliere walked away from a job to spend more time with his wife. In 2009, he reportedly turned down a promising career.

The trainer was offered a high-earning post of chief physiotherapist and vice strength coach with the renowned Major League Baseball (MLB) team, the New York Mets.

However, the work demanded that he spend practically all of his time with the team, leaving him with little to no time to himself.

He was seeking a job where he could be his own boss. He then founded “ATHLEAN-X,” a successful training program.

In an Instagram post from May 13, 2019, the father-of-two thanked three ladies who inspired him to achieve better in all aspects of his life. Among them were his wife, as well as his mother and grandmother.

Posted on August 9, 2022August 9, 2022
“Working alongside Goodwin on Once Upon a Time helped progress their relationship from co-stars to lovers,” said Dallas.
Read More