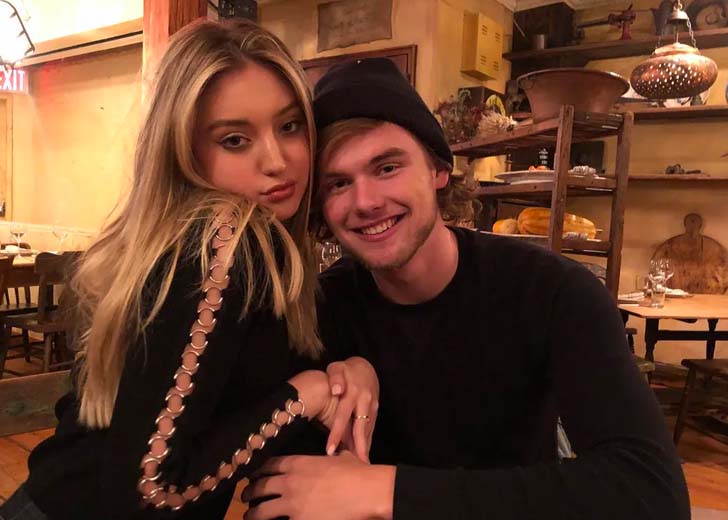 Bella Podaras and her boyfriend are #relationshipgoals!

Bella Podaras rose to fame after her role as Brooke Bishop in The Expanding Universe of Ashley Garcia. Since being on the show, she has gained a massive fanbase.

Her fans and followers keep up with her through her social media, especially Instagram. She updates them about her busy life and shares pictures with her friends and family.

However, one person often features on her Instagram posts and stories. It is none other than her boyfriend, Garrett Wareing.

Podaras is in a committed relationship with her boyfriend, Wareing. They have been dating for a couple of years.

Looking at their public appearances and social media, it seems like the duo will be dating for a long time. It is evident that they love each other a lot and never think twice about posting public displays of affection on various platforms.

Podaras and her boyfriend keep their dating life active despite a busy schedule.

Wareing often refers to Podaras as his “future ex-wife.” He does so on captions when he is gushing about how much he loves his girlfriend and supports her career.

He always promotes her projects, asking their fans and followers to watch Podaras’ shows and movies.

Wareing is involved in the entertainment industry like his girlfriend. He is a Los Angeles-based actor who has worked on several projects.

Some of his best-known roles are TJ Morrison in Manifest, Zach Fordson in Pretty Little Liars: The Perfectionists, and Vessel 13 in Perfect. According to Wareing’s IMDb page, he wants to pursue directing, producing, and writing.

Bella Podaras and her boyfriend, Garrett Wareing, have been dating for a couple of years. (Source: Instagram)

Before being involved with Wareing, Podaras was dating her previous boyfriend, Seth Lee. It is reported that Lee is a trained martial artist who works in the entertainment industry as an actor.

The pair was together up till the year 2018. It is still unknown what caused the exes to no longer be romantically involved with one another.

Bella Podaras was born in Houston, Texas, on January 6, 2004. She grew up with her parents, Koda and Perry, and grandparents, Kie Jr and Donna Mushikini.

Her nationality is American, and she is of mixed heritage and ethnicity of European-Greek descent. She has naturally blonde hair and brown eyes. Her height is 5 feet 8 inches or 173 centimeters.

Podaras always knew she wanted to establish a name for herself in the entertainment sector. She began her career in theater at the age of three in Huston.

At six, she began acquiring and developing her dance, singing, and performance talents. She later went to Los Angeles with her family to pursue her acting career.

It is reported that one of her relatives, Nikki Pederson, helped Podaras talk with a talent manager in Los Angeles when she was 12. Since then, she has been active in the entertainment industry.

Podaras made her debut as a driver in the music video ‘The Wheel Workers: Whole Other World’ in 2015. Some of her other projects are Gwen’s World of Weird, Game On! A Comedy Crossover Event and Family Reunion.

It is speculated that her net worth in 2022 is $500,000. However, that is bound to grow in the future as she moves further along her career.