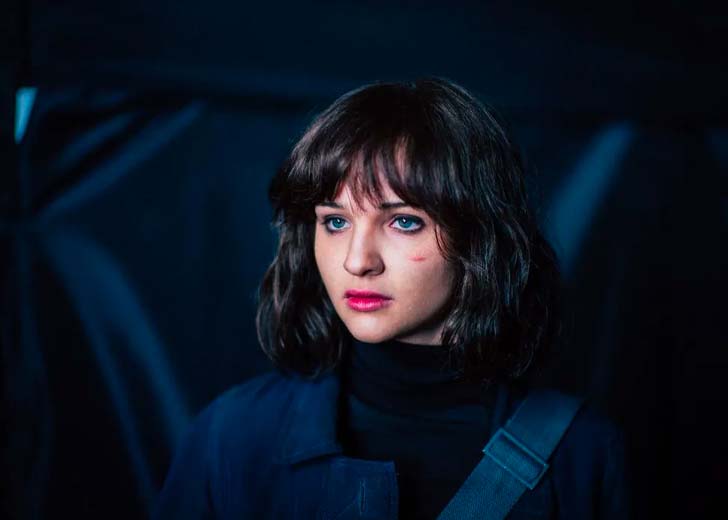 Lisa Vicari’s age once caused a legal dilemma regarding her casting.

Fans of the German Netflix series Dark are pretty familiar with actress Lisa Vicari. The talented diva portrayed the role of Martha Nielsen, who introduced fans to a new world through time travel in the third season of the series.

But besides her work in the Netflix series Dark, the 25-year-old German actress has also appeared in other movies. A few of her noteworthy films include Isi and Ossi (2020), Swimming (2018), and Luna’s Revenge (2017).

Scroll through to learn more about Vicari’s acting journey!

When most of the 10-year-olds were heading toward school, Vicari had other options. With an aspiration of “wanting to be in movies,” she convinced her mother to permit her to attend weekly acting classes at the age of 10.

A year after starting acting class, in 2009, she got a chance to appear in a short movie named Tunnelblicke as Anna. Following the recognition and appreciation for her work, she grabbed a few more acting projects, including the movies Hanni & Nanni (2010) and Hell (2011).

Back at home, her passion for acting and opportunities to work in movies was backed up by her parents and her brother.

One of her first major roles of Vicari was in the 2011’s psychological thriller Hell as Leonie. To work on a movie with such a sensitive genre at a young age is not normal, as she would not even be allowed to watch movies of such genres at that age.

Therefore, the film production had to get approval for her role as Leonie by the Jugendamt, German child protection services, to ensure she wouldn’t be traumatized. Vicari was not surely traumatized but ended up providing a great show for audiences with her performance.

The 5 feet 9 inches (1.75 meters) tall actress was also honored with the Best Young Talent award at the New Faces Awards for her role in the movie Hell in 2011.

The German Netflix series Dark has undoubtedly turned out to be a career-changing move for Vicari, as her role as Martha Nielsen in the series has gathered international recognition and praise. The show is also the first series for her to show her true potential as a lead actress.

However, it is not that Vicari had not appeared in any television series, as she has been part of a handful of series prior to Dark. But, in all of those series, she was often considered for minor roles who would only appear for a single episode.

With a series of successful movies and TV shows under her belt, Vicari is even more motivated to explore more as an actress and feature in different genres of movies and shows.

Particularly, the actress, who lists Martin Scorsese and Christopher Nolan amongst her favorite directors, shared her dream to be part of a “period drama” while interacting with SLEEK.

Besides that, she also gave out her willingness to work for her satisfaction, be around her loved ones, and hopes to continue to do things that fulfill her, during her talk with GLAMOUR in 2019.

Adding a new feather to her cap, Vicari even made her directorial debut in July 2020, when she directed her Dark co-star Moritz Jahn’s music video ‘Blue Blue Moon.’ The music video featured actress Vanessa Loibl and dancer/actor Kelvin Kilonzo.