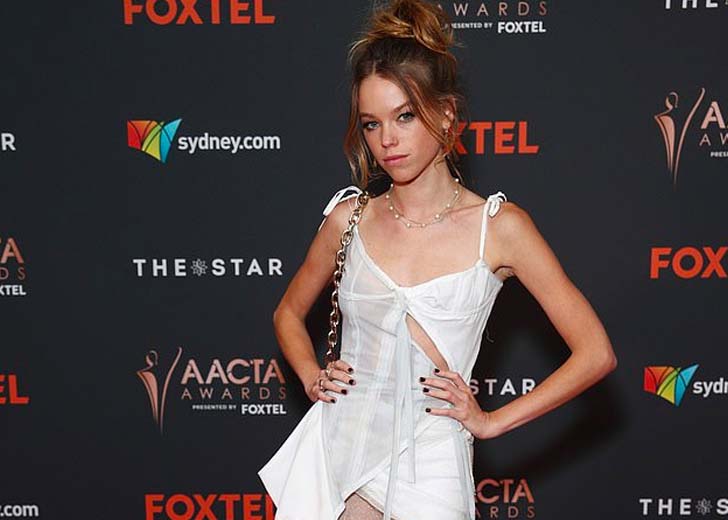 Milly Alcock chose her career over her studies.

Milly Alcock is a famous Australian actress, TV personality, model, social media influencer, and Instagram sensation. She was born on April 11, 2000, and grew up in Sydney, New South Wales, Australia.

The multitalented star is well-known for her roles in Upright, The Familiars, and The Gloaming.

More importantly, she recently got cast in HBO’s forthcoming series House of the Dragon, a prequel to Game of Thrones. Alcock will be portraying Princess Rhaenyra Targaryen.

She has been getting all the limelight with the news of being cast in the prequel of the popular series Game of Thrones. Fans are curious about her — so here’s everything you need to know.

Alcock’s relationship status is unknown, and it is unclear if she is single or in a relationship with a boyfriend. She prefers to keep her personal life private while only sharing her professional accomplishments on social media.

She has kept her prior relationship details hidden as well. Hence, she appears to be more reserved regarding her personal life.

However, she loves hanging out with her friends and has shared many photos with them on her social accounts.

Milly Alcock has not shared any details about her family

Alcock was born in 2000 and is currently 22 years old. Her father and mother raised her in Sydney. However, just like her love life, she is yet to reveal any other details about her parents and siblings.

Despite that, it is known that she has two siblings (brothers) whose names have yet to be revealed.

According to Newsunzip, her parents are successful entrepreneurs in Australia.

According to her IMDb page, Alcock began her acting career in 2014 with a single episode of Wonderland. She had previously participated in a short film titled Furlough as Ella.

Alcock had two options before becoming an actor: continue her education at 19 or become an actress by playing Meg in Upright.

You’ve probably guessed her choice, which was the second option. The actress has yet to complete her education at Sydney’s Newton High School of the Performing Arts.

Alcock has since appeared in several movies, including Pine Gap, Fighting Season, Les Norton, The Gloaming, and Reckoning.

As stated earlier, she will soon star in HBO’s Game of Thrones spinoff series House of The Dragon, where she will portray Princess Rhaenyra Targaryen. The series is widely popular and it has given her exposure on social media.

The series is based on George R.R Martin’s fantasy novel of the same name and is set to release on August 21, 2022.

Milly Alcock has an estimated net worth of $2 million

According to online sources, Alcock’s net worth is between $1 million and $2 million. Although her exact net worth is unknown, it is an estimated value.

Tags: House of the Dragon,Milly Alcock