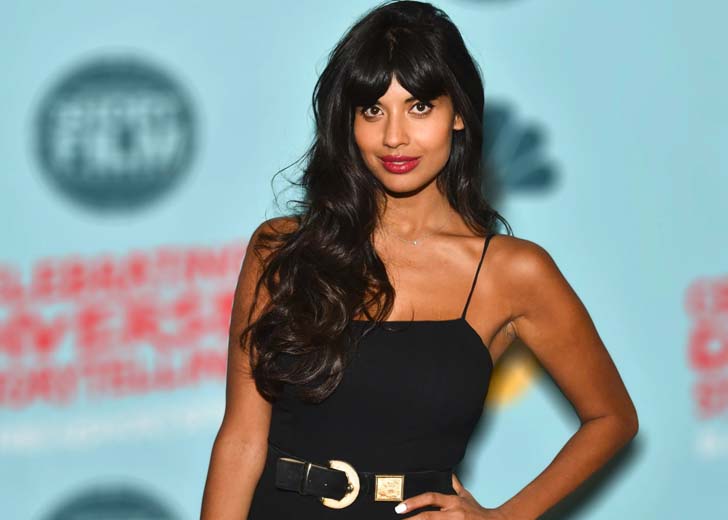 Inside Jameela Jamil’s turbulent relationship with her parents.

Not everybody has a good relationship with their family and parents. The Good Place star, Jameela Jamil, is one of them.

In fact, she has mentioned it in several interviews. Here is everything we know about her and her parents.

The actress was born in Hampstead, London, making her nationality English. However, she has mixed ethnicity.

Her parents had a difficult marriage. Now, they are divorced and living their lives separately —  without each other and their daughter.

In 2015, Shireen was successful and ended the previous time limit, which stated that domestic violence reports should be done within six months of the incident.

Jameela is a single child and does not have any siblings.

Jameela Jamil’s relationship with her family

Jameela has been open about the struggles she faced when she was young. From opening up about her congenital hearing loss to hypermobile Ehlers-Danlos syndrome and coeliac disease, the actress does not hesitate to share her traumas.

One such is her battle with anorexia nervosa. Anorexia nervosa, often known as anorexia, is a potentially fatal eating illness marked by self-starvation and extreme weight loss.

Jameela Jamil no longer speaks with her parents. (Source: Instagram)

A person is diagnosed with the disease if they weigh at least 15% less than their standard/ideal body weight. This disorder started when she was a teenager because of societal pressure.

Jameela was already having a hard time because of her relationship with her body, and her family made it worse. She discussed this with The Sunday Times Magazine on August 11, 2019.

She explained that her parents and family were fatphobic, making her anorexia worse. The main reason was that “jutting hip bones were seen as a sign of peak brilliance both at home and at school.”

She admitted that nothing else mattered to her family and parents. Jameela was academically well and also was a good swimmer.

However, all they cared about was her weight. “All I thought was important about me was that my jeans hung off my hip bones,” she said.

This made her eating disorder worse, which in later days almost cost her life. Now, Jameela does not talk to her parents.

She does not have a relationship with them anymore, and it seems she does not intend to either. She has not shared any pictures of them on social media like Instagram, where Jameela often posts about her life to her fans and followers.

Shireen, on the other hand, has opened up about supporting her daughter. Jameela has always spoken up against promoting unrealistic beauty standards.

She has called out many celebrities, especially the Kardashians, for photoshopping their bodies and air-brushing themselves. Shireen had starred in an advertisement for an anti-airbrushing campaign.

She did so after her daughter spoke up about the impact of air-brushing pictures on older women. Shireen said, “I’m immensely proud of my daughter’s achievements and her campaigning to ban.”

Posted on February 12, 2022February 12, 2022
Sofia Hublitz is an aspiring young actress who came into the limelight after her role as Charlotte Byrde in the Netflix series Ozark. Hublitz’s...
Read More