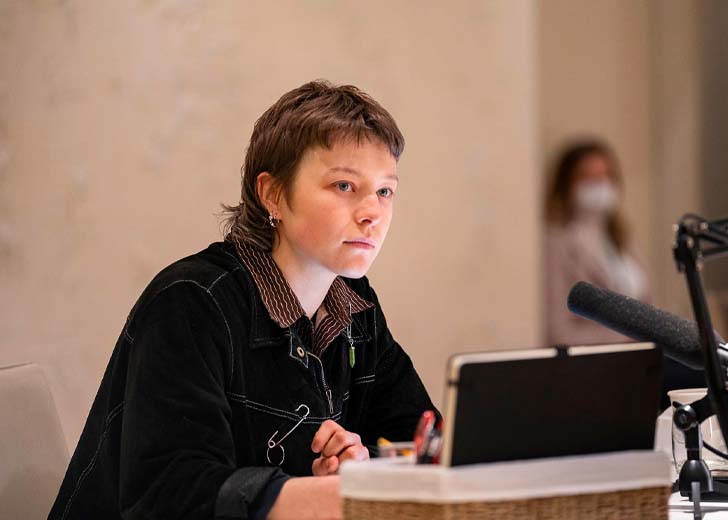 Here is everything we know about Emma D’Arcy.

You may not have heard of Emma D’Arcy yet, but you will soon wish you had. The gifted actress has only a few on-screen credits to their name, but they are on the verge of a huge break.

They have a starring part in the forthcoming fantasy series House of the Dragon, a prequel to Game of Thrones. The show will undoubtedly appeal to a wide range of people.

If the series is as popular as many expect, it might be just what D’Arcy needs to help propel their career forward. Here is everything we know about the up-and-coming actress.

Their height is 5’8″ ft (172cm), they have blue-green eyes, and they weigh 9 st 2 lb. The actress speaks with a British accent that includes Gloucester and London accents.

The actress boasts a wide range of abilities. Their management’s CV shows they are very competent in Ceroc dance. In terms of dance, they are also skilled in modern and jive.

Among their other talents are fine art, illustrator, sculpture, forum theatre, and poetry reading.

The actress identifies as non-binary and uses the pronouns they/them. They haven’t spoken much about their gender identification, but in their Instagram and Twitter bios, they identify as Non-Binary and use their chosen pronouns.

They are a pretty private person who has revealed very little on social media. So, we don’t know if they are dating anyone or if they have a boyfriend or a partner.

Most of us are accustomed to learning practically everything there is to know about celebrities. We usually do this via their social media.

Not much is known about Emma D’Arcy’s parents and family. (Source: Instagram)

However, it is difficult to do this with D’Arcy. As said before, they are a very private person.

As a result, there is no information about their family and parents. They once shared a picture of their mother on their Instagram, but that is all there is to it.

D’Arcy has appeared in a couple of movies, series, and theater. One of their first main parts was as Romeo in the Oxford University Dramatic Society’s 2014 production of Romeo and Juliet.

From 2014 to 2018, they appeared in Against at the Almeida Theatre, The Crucible at the Yard Theatre, Mrs. Dalloway and Callisto: A Queer Epic at Arcola Theatre, and A Girl in School Uniform (Walks Into a Bar) at the West Yorkshire Playhouse.

Their debut television appearance was in the Netflix series Wanderlust (2018), starring Toni Collette. They played the role of Collette’s elder daughter.

After that, D’Arcy starred in Nick Frost’s spooky comedy-horror series Truth Seekers (2020), alongside Simon Pegg and Malcolm McDowell. They portrayed Astrid, a strange young lady troubled by spirits who seek the assistance of Frost’s supernatural investigator.

D’Arcy had his theatrical feature debut in Misbehaviour (2020), followed by a significant role in Mothering Sunday (2021), alongside Olivia Colman and Colin Firth.

They will appear with Smith, who will portray Rhaenyra’s uncle and spouse, Prince Daemon Targaryen. The couple was photographed in their costumes at Holywell Bay Beach in Cornwall as their personas.

Since then, D’Arcy has appeared in promotional pictures and posters.

To date, D’Arcy’s exact net worth has not been revealed. According to Hollywoods Magazine, their net worth is USD 500K.

However, they have been taking in many projects, especially House of the Dragon, which is bound to increase it.

Tags: Emma D’Arcy,House of the Dragon