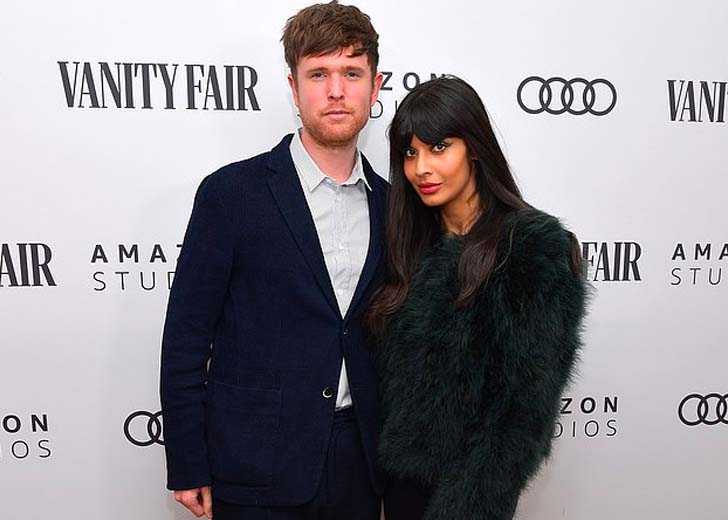 Jameela Jamil and her boyfriend James Blake are one supportive couple!

Jameela Jamil’s relationship with her boyfriend, James Blake, is one of a kind.

The pair have been dating for over eight years and are head over heels for each other. They do not shed light on their relationship much but time and again, they post on each other on their social media, like Instagram.

Similarly, they also don’t talk much about their dating life during interviews. However, they have each other’s back and are incredibly supportive.

The couple originally ignited dating rumors in 2015 and have since been providing glimpses inside their supportive relationship ever since.

The initially dating speculations started in February 2015 when the She-Hulk actress uploaded a cute selfie of them together during her birthday party.

The couple appeared to go public with their relationship a few months after sharing their first Instagram together. It was in June 2015 when they visited the Wimbledon Tennis Championships.

The pair publicly admitted that they were dating after Jamil paid homage to Blake when they celebrated one year together in December 2015. She captioned a black-and-white snapshot of herself and her boyfriend and wrote, “A year spent with my favorite person in the world. Happy New Year everyone.”

From 2015 to 2019, the pair kept their dating life lowkey. They made their red carpet debut several years after going public with their affair in 2019.

They attended the InStyle and Warner Bros. Golden Globes afterparty On January 6, 2019, revealing to all that they were still together and were ready to take their relationship publicly to another level.

Jameela Jamil has been dating her boyfriend, James Blake, since 2014. (Source: Instagram)

Since then, the two have served as each other’s dates at many events and award ceremonies like Grammys, American Music Awards, and MTV Movie and TV Awards.

Who is James Blake?

Blake is a singer, songwriter, and record producer from England. He originally gained attention for a series of EPs published in 2010, including CMYK and Klavierwerke, and his self-titled debut album.

Since then, he has worked with artists such as Mount Kimbie, Bon Iver, Kendrick Lamar, Beyoncé, Vince Staples, Frank Ocean, Rosala, and Travis Scott.

Back in October 2021, the actress faced backlash for being credited as a producer in Blake’s album, Friends That Break Your Heart. She defended her producing credit, reminding people that she had a history in music before becoming an actress.

She said that many people insisted that she could not have worked on her partner’s album and he was only crediting her because of their relationship. She then noted that she studied music for six years and was a DJ for eight years.

She followed up with an Instagram post, claiming that Blake had to fight her to make her take credit for his record. She then hinted that she had worked on his previous album as well but did not take credit for it.

As said before, Jamil and her boyfriend have a supportive relationship. They are constantly lifting each other up and encouraging them to be the best version of themselves.

Blake said to Dazed magazine in January 2019 that his partner has pushed him to be more upfront about his feelings. He confessed that he changed for the best after meeting Jamil.

He appreciated how she spoke her mind without pretending anything. She encouraged him to tell her what he was feeling and thinking —  making him more open with his feelings.

He said, “In my everyday life, I wasn’t being encouraged to sit behind metaphor or sit behind long silences or be in a mood without explaining what it’s about.”

As a result, he learned how to be upfront and speak what he was feeling because of Jamil.

Jamil also spoke briefly about Blake on Emma Gannon’s Ctrl Alt Delete podcast in March 2019. There, she detailed what the singer has taught her over the course of their relationship.

There, she explained how her boyfriend taught her how to defend herself and be herself.

All in all, Jamil and Blake’s dating life is filled with love and support for each other.