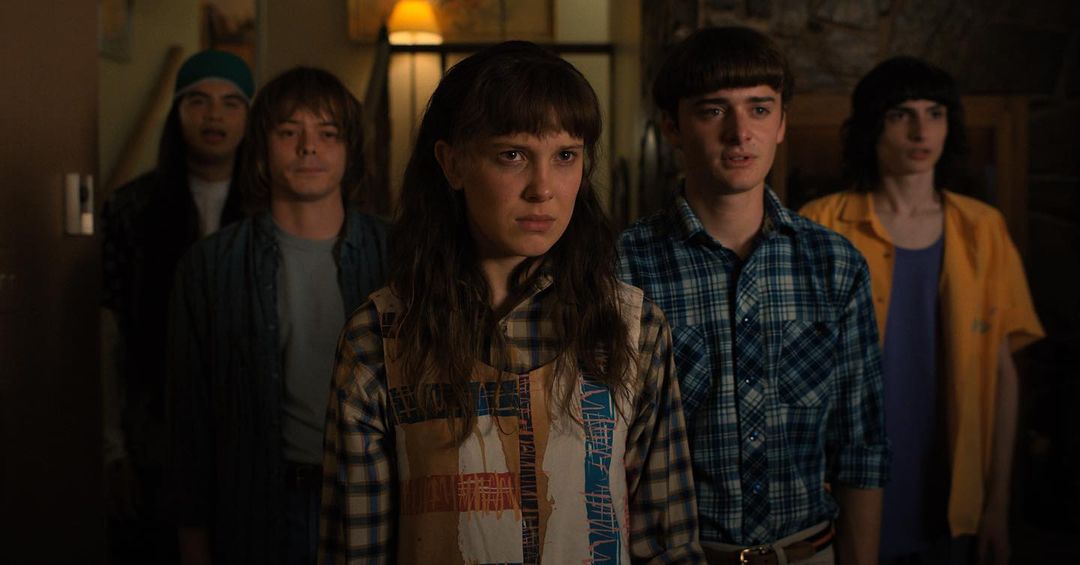 These fan reactions are amazing!

The official trailer for Netflix’s Stranger Things season four is out now!

The trailer is full of action, drama, emotions, and some super-powered villains. The trailer was released on Tuesday, April 12, 2022, and it has already garnered over 3.9 million views by now, i.e., April 13.

But these figures are from YouTube only, that too from the YouTube channel of Stranger Things. Several other channels of Netflix – from different regions – have also uploaded the trailer, which has already gained over a million views.

But, enough of the views. Let’s talk about how the fans are reacting to the trailer. And fair warning, they are completely in love with it.

On Stranger Things’ official YouTube channel, fans took to the comment section and expressed their views. One fan wrote, “OK Y’ALL DID NOT WASTE THE 3 YEARS THIS LOOKS ABSOLUTELY INSANE.”

“This season looks totally different from previous seasons, it looks a bit darker than previous seasons and this is really amazing, people can’t wait to watch this,” another wrote.

Similarly, one fan expressed that the trailer looks incredible. They also praised the cinematography, the color grading, and the action and said that everything looks on point. At last, the fan wrote that “this has the potential to be one of the best trailers.”

“I was nervous to see how they still produced a decent plotline without eleven’s powers, but it looks like this season’s gonna be even better than the last! congrats duffer brothers, this looks sick!” wrote another Stranger Things lover.

Fans react to the Stranger Things season 4 trailer on Twitter

Before moving to the fans’ reactions on Twitter, let’s look at what they had to say about the trailer on Instagram.

When the official Instagram handle of the show posted the trailer, fans immediately started to show their praises. One wrote, “Finally, the expectations are over and the trailer for season 4 is released. Can’t wait to watch episode one.”

A collage of pictures from the ‘Stranger Things’ season four trailer (Photo: Twitter/Netflix)

“Without you, we can’t win this war. Yes, we need EL’s powerssssss,” wrote another Instagram user while referring to the first line, which was said in the trailer.

Now speaking of the reactions on Twitter, one fan shared a series of demonic pictures shown in the trailer and wrote, “this stranger things 4 will definitely top a lot of horror films scenes.”

“I WILL NEVER RECOVER FROM THIS,” wrote one Twitter user as they posted an emotional scene from the trailer that involved actress Sadie Sink’s character, Max Mayfield.

Furthermore, one fan just praised the whole show and wrote, “Stranger Things has had such a huge impact on people, this show has given me a lot of hope for my life & has increased my confidence when talking to people. Seeing the kids interact & just enjoying their lives has really inspired me to do the same. Love you @Stranger_Things.”

All of these fan reactions definitely say that the trailer is amazing. And we agree too. After all, fans have been waiting for the new season and its trailer since the third season aired on July 4, 2019.

When will Stranger Things season 4 release?

As of this writing, it has been confirmed that the fourth season of Stranger Things will be split into two parts or two volumes. The first part, or Volume 1, is slated to air globally on Netflix on May 27, 2022.

Similarly, the second part or, Volume 2, will be released on July 1, 2022. Another thing confirmed about the Netflix show is that it has already been renewed for a fifth season. However, the fifth season will mark the end of Stranger Things.

The official synopsis for the fourth season is: “It’s been six months since the Battle of Starcourt, which brought terror and destruction to Hawkins. Struggling with the aftermath, our group of friends are separated for the first time – and navigating the complexities of high school hasn’t made things any easier.”